Jason Holder said he had watched the strength of the BBLfrom a distance in the past and fondly remembers playing with Sydney Sixers skipper Moises Henriques for SunRisers Hyderabad in the IPL in 2014 and 2015. 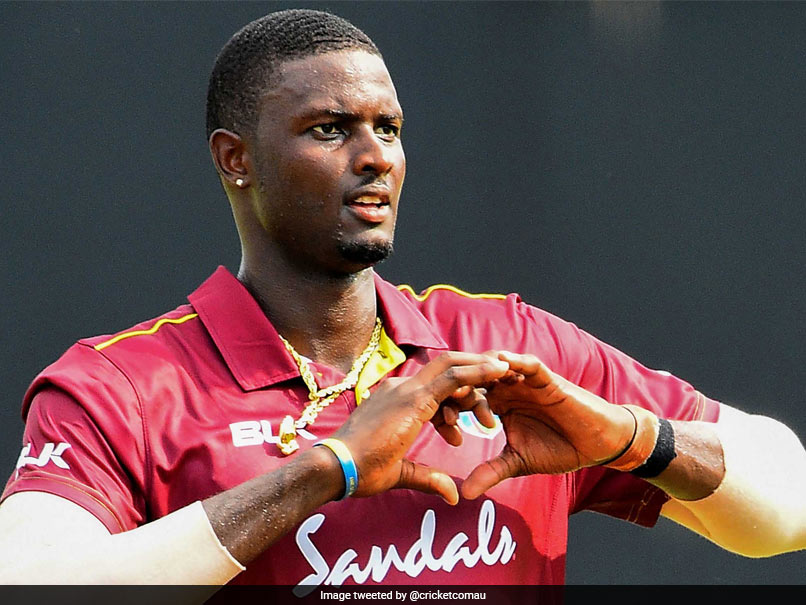 Sydney Sixers on Tuesday announced the signing of Jason Holder for a three-game stint.© Twitter

Sydney Sixers on Tuesday announced the signing of West Indies Test skipper Jason Holder for a three-game stint for the upcoming Big Bash League (BBL). Holder, who is currently in New Zealand preparing to lead the West Indies in a two-match Test series, will join the Sixers in Hobart later this month. The 29-year-old superstar all-rounder will be available for the Sixers for their December 20 clash with the Adelaide Strikers in Hobart, before moving to the Gold Coast with the men in magenta for a December 26 fixture against the Melbourne Stars and the December 29 matchup with the Melbourne Renegades.

"I'm really excited to be coming to the BBL and in particular the Sydney Sixers. I've wanted to for a few years now and this year I have the opportunity to come in and make some appearances and hopefully do a bit for the Sixers," Holder said in an official statement.

Holder said he had watched the strength of the Big Bash League from a distance in the past and fondly remembers playing with Sixers skipper Moises Henriques for Sunrisers Hyderabad in the IPL in 2014 and 2015.

"BBL cricket is an interest for me and the Sixers have been successful over the past few years. Moises and I played together at SunRisers and I really enjoyed that. It will be good to do it again," said Holder.

Meanwhile, the Sixers began their training camp in Sydney on Monday, before moving to Hobart on December 5. The reigning champions will begin their title defence against the Hobart Hurricanes at Blundstone Arena on Thursday, December 10.

Moises Henriques Cricket
Get the latest updates on IPL Auction 2023 and check out  IPL 2023 and Live Cricket Score. Like us on Facebook or follow us on Twitter for more sports updates. You can also download the NDTV Cricket app for Android or iOS.