NZ vs WI: Only 2.2 overs were bowled in the third T20I at Mount Maunganui before a downpour forced players off the field and eventually led to the match being called off. 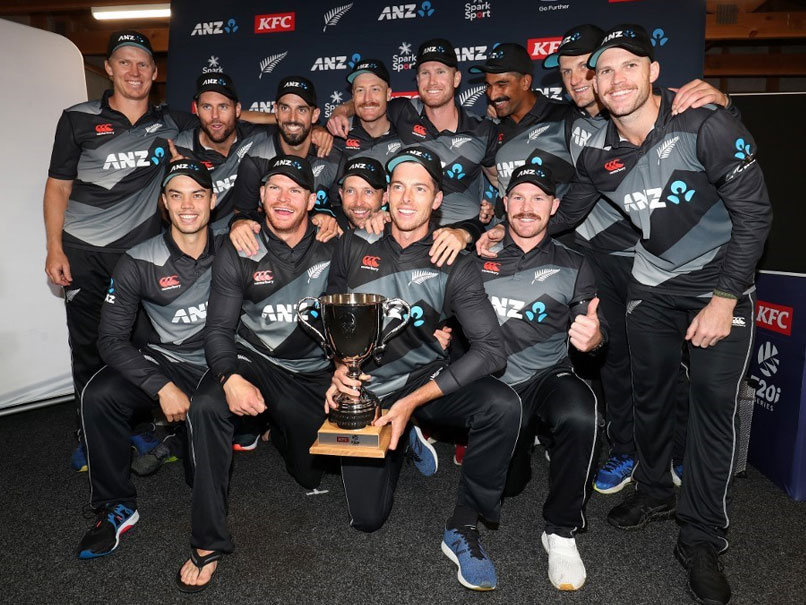 The third and final Twenty20 international (T20I) between New Zealand and the West Indies was rained off on Monday, giving the Black Caps a 2-0 series win. Only 2.2 overs were bowled at Mount Maunganui before a downpour forced the players from the field with the West Indies on 25 for one after losing the toss and being asked to bat. The umpires finally called off the fixture two hours later with no sign of a break in the weather.

New Zealand won the first T20 by five wickets and the second by 72 runs against a West Indies outfit that only emerged from Covid-19 quarantine on Thursday.

Paceman Lockie Ferguson was named man of the series after taking five for 21 in the opening fixture, plus one wicket apiece in the second and third matches.

The first of two Tests between the sides begins in Hamilton on Thursday.

West Indies Cricket Team New Zealand vs West Indies, 3rd T20I Cricket
Get the latest updates on India vs South Africa and check out  Schedule, Results and Live Score. Like us on Facebook or follow us on Twitter for more sports updates. You can also download the NDTV Cricket app for Android or iOS.