Jason Holder hasn't featured in a T20I for West Indies since December 2019 and the all-rounder has shown impressive performances in the CPL and the ongoing IPL 2020. 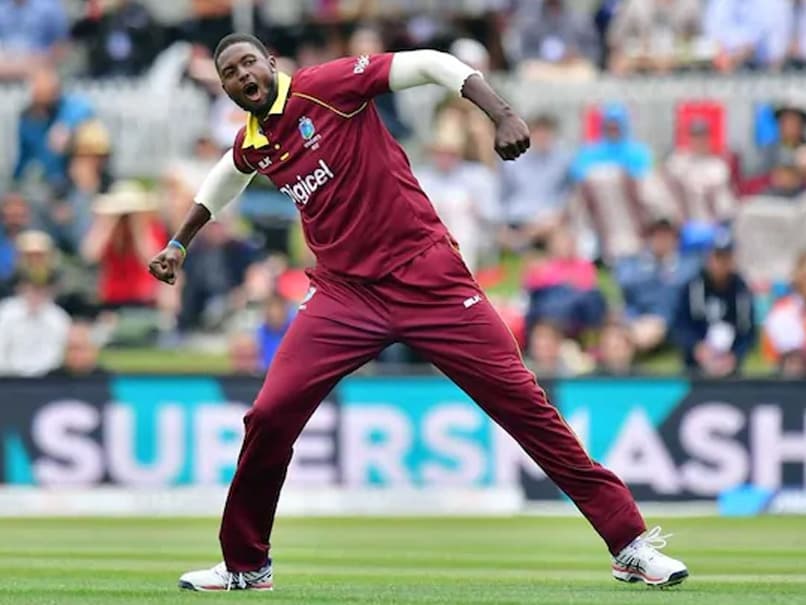 Jason Holder is not part of the West Indies squad for the New Zealand T20Is.© AFP

West Indies coach Phil Simmons has said that all-rounder Jason Holderis always in consideration to play T20 matches for the country. Holder is not a part of the West Indies squad for the upcoming T20I series against New Zealand. Before Kieron Pollard took over the white-ball captaincy of the Windies, Holder was the side's captain in all three formats.

"Jason always has a chance to play T20 cricket. Let me just clear it up here. This is an odd tour here. The T20 series finishes a day or two days before the first Test match and [Holder] being captain of the Test team, a decision was taken by us as a selection panel that Jason will not be considered for that part. Seeing that he is coming from IPL, he will have one chance to play in the four-day game before the Test match," ESPNCricinfo quoted Simmons as saying.

"But Jason is always in consideration for T20s. He had two good years at the CPL and now he is having a good tournament at the IPL," he added.

In the IPL, Holder has been a key figure for the SunRisers Hyderabad. The all-rounder came in as a replacement for the injured Mitchell Marsh and since his arrival, he has picked up 13 wickets from just six games at an economy of 7.62. With the bat, too, he has played a couple of crucial knocks.

The West Indies will also be without Dwayne Bravo for the T20I series against New Zealand as the allrounder sustained a groin injury while playing for the Chennai Super Kings in the IPL.

"It's a concern because he was injured in the CPL and he is injured in the IPL. But there is a break now. He is going to go back home and do what is necessary for him to be fit enough to play. There are a few series, there is another IPL I think before the World Cup, so there are a lot of chances for him to go and get himself fit and we will see what his fitness is like leading up to the tournament," concluded Simmons.

Sunrisers Hyderabad
Get the latest updates on ICC T20 Worldcup 2022 and CWG 2022 check out the Schedule, Live Score and Medals Tally. Like us on Facebook or follow us on Twitter for more sports updates. You can also download the NDTV Cricket app for Android or iOS.