Shoaib Akhtar, speaking on a talk show, cast match-fixing aspersions on his former Pakistan teammates when he said that he was playing against 21 people -- "11 theirs and 10 ours". 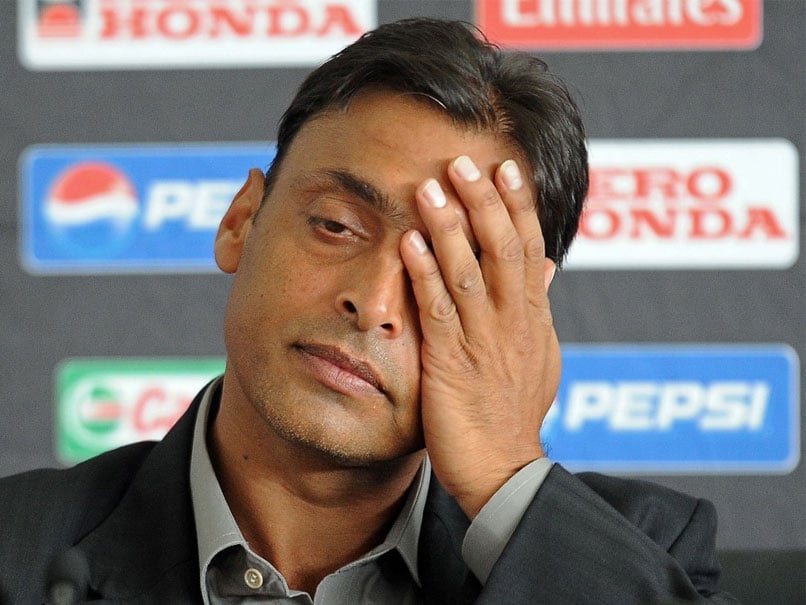 Shoaib Akhtar said he was really hurt when he heard about Mohammad Amir and Mohammad Asif.© AFP

Cricket in Pakistan was thrown into turmoil when fast bowler Mohammad Amir was banned for a minimum of five years by the ICC's anti-corruption tribunal back in 2011 along with Mohammad Asif for their role in match-fixing. Apart from Amir and Asif, opening batsman Salman Butt was also involved in spot-fixing and served a five-year suspension. Speaking on a talk show, Shoaib Akhtar has cast match-fixing aspersions on his former Pakistan teammates when he said that he was playing against the opposition as well as his own teammates..

"I was always of the belief that I can never cheat Pakistan, no match-fixing. I was surrounded by match-fixers. I was playing against 22 people (sic) -- 11 theirs and 10 ours. Who knows who was the match-fixer. There was so much match fixing. (Mohammad) Asif told me which all matches they had fixed and how they did it," Shoaib Akhtar said on the show 'Rewind With Samina Peerzada'.

Recalling Mohammad Amir, who represented Pakistan in the World Cup 2019 in England, and Mohammad Asif, Shoaib Akhtar said that he was really hurt and angry when he heard about the fixing.

"I tried to make Amir and Asif understand. What a waste of talent. When I heard about this, I was so upset that I punched the wall. Pakistan's two top bowlers, smart, intelligent and the two perfect fast bowlers were wasted. They sold themselves for a little money," said the former Pakistan pacer.

While Amir managed to return to international cricket, Asif and Salman Butt never did.

Amir was part of the Pakistan team in World Cup 2019. However, in July, the left-arm pacer shocked the cricketing world when he announced his retirement from Test cricket at the age of 27.

Amir had bid adieu to Test cricket on July 26 with immediate effect, saying he wanted to focus on white-ball cricket.

The scourge of fixing keeps rearing its ugly head in some shape or form even today. Only a few days back, Shakib Al Hasan -- star Bangladesh all-rounder --  was handed a two-year ban from cricket, with one year suspended, after he failed to inform authorities about being approached by a bookmaker on multiple occasions in 2018.

Mohammad Amir Salman Butt Cricket
Get the latest updates on IPL 2021, check out the IPL 2021 Schedule and Indian Premier League Live Score . Like us on Facebook or follow us on Twitter for more sports updates. You can also download the NDTV Cricket app for Android or iOS.