Mohammad Amir will continue to play in the limited-overs for Pakistan. 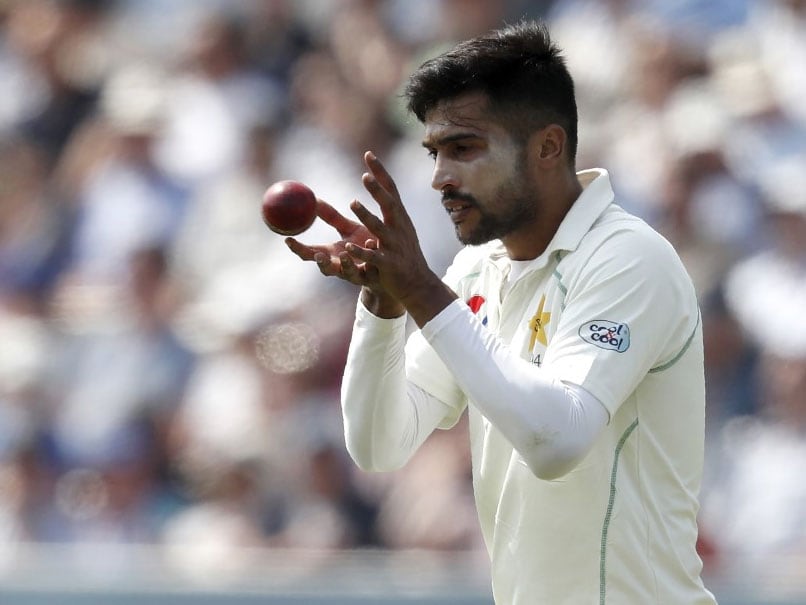 Mohammad Amir on Friday announced his retirement from Test cricket with immediate effect, the Pakistan Cricket Board (PCB) announced in a media release. The Pakistan fast bowler will however continue to play limited-overs cricket for his national team. Mohammad Amir made his last Test appearance against South Africa in Johannesburg earlier this year. Amir, who announced his Test retirement after playing 36 matches, said in a statement, "It has been an honour to represent Pakistan in the pinnacle and traditional format of the game. I, however, have decided to move away from the longer version so I can concentrate on white ball cricket.

"Playing for Pakistan remains my ultimate desire and objective, and I will try my best to be in the best physical shape to contribute in the team's upcoming challenges, including next year's ICC T20 World Cup.

"It has not been an easy decision to make and I have been thinking about this for some time. But with the ICC World Test Championship commencing shortly, and Pakistan boasting some very exciting young fast bowlers, it is appropriate that I call on my time in Test cricket so that the selectors can plan accordingly.

"I want to thank all my team-mates as well the opponents in red ball cricket. It has been a privilege to play with and against them. I am sure our paths will continue to cross in limited-overs cricket as all of us play and compete with the same vigour and determination.

"I also want to thank the PCB for providing me the opportunity to don the golden star on my chest. And, I am grateful to my coaches who have groomed me at various stages of my career," he added.

PCB Managing Director Wasim Khan said: "Amir has been one of the most exciting and talented left-arm fast bowlers in Test cricket in recent times. He overcame adversity as a young cricketer and came back stronger not only as a cricketer but also as a better human being. His skill, on the field, and his personality will be missed in the dressing room in the longer format.

"However, we respect his decision and look forward to him continuing to play an integral role in white ball cricket for Pakistan."

After making his Test debut in 2009 against Sri Lanka, Amir went on to play 36 Tests for Pakistan, picking 119 wickets at a bowling average of 30.47.

In this period, he also bagged four five-wicket hauls, with the best bowling figures of 6/44, which came against the West Indies in Kingston in 2017.

Mohammad Amir Cricket
Get the latest updates on ICC T20 Worldcup 2022, check out the Schedule and Live Score. Like us on Facebook or follow us on Twitter for more sports updates. You can also download the NDTV Cricket app for Android or iOS.