Kedar Jadhav said that he supported Real Madrid for a long time due to their former talisman Cristiano Ronaldo. 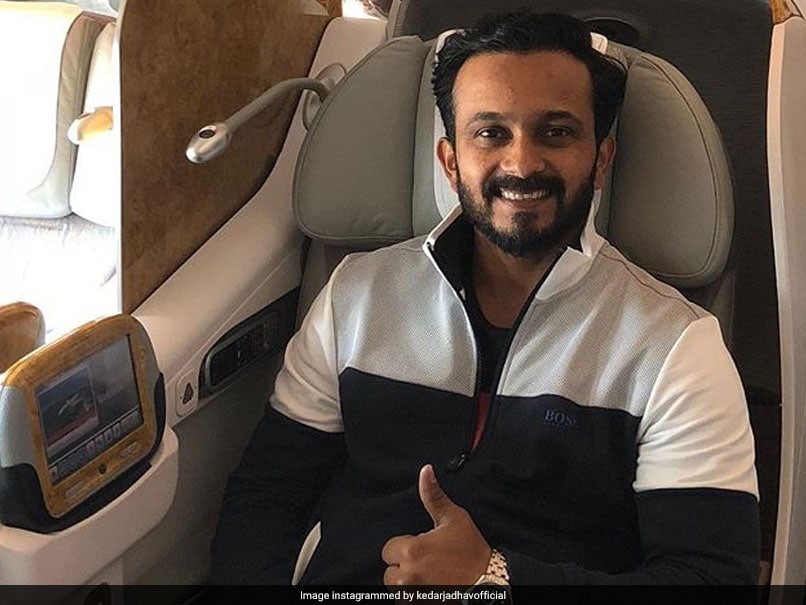 All-rounder Kedar Jadhav, who is not part of Team India's Twenty20 International (T20I) set-up against the Windies, has been enjoying his break with some interactive session with his fans on Twitter. On Friday, Kedar Jadhav in a tweet revealed that he had been a fan of three-peat Champions League winners Real Madrid due to Cristiano Ronaldo. However, with the departure of Portuguese superstar to Juventus, the 33-year-old asked fans for advice on which teams he should follow among -- Juventus, Liverpool, Manchester United and Chelsea.

Which Football team should I start following guys?
P.S. Have been a Real Madrid fan for years thanks to @Cristiano.

Among the first to reply was Kedar's Chennai Super Kings teammate Sam Billings.

Kedar has been a part of the Chennai outfit in the lucrative IPL since the previous edition. He had earlier represented the Royal Challengers Bangalore and Delhi Daredevils.

Kedar, who had earlier been included for the final two One-Day Internationls (ODIs) at home against the Windies has been omitted from all three formats of the squad, which will tour Australia. He had been excluded from the first three ODIs due fitness issue.

With an experience of 48 matches in the 50-over format, Kedar averages 42.09 with a high score of 120. He has also scalped 22 wickets in ODIs with his best figures of three for 23 coming against arch-rivals Pakistan during the Asia Cup 2018.

In first-class cricket, while playing for Maharashtra, Kedar has represented the state on 74 occasions. He has 4,945 runs in this format of the game.

Cristiano Ronaldo Cricket
Get the latest updates on ICC Women's Cricket World Cup 2022 and IPL 2022, check out the Schedule , Live Score and IPL Points Table. Like us on Facebook or follow us on Twitter for more sports updates. You can also download the NDTV Cricket app for Android or iOS.