Kedar Jadhav had made a comeback in the Indian team during the Asia Cup but the recurrence of the hamstring injury in the final led to another round of rehabilitation. 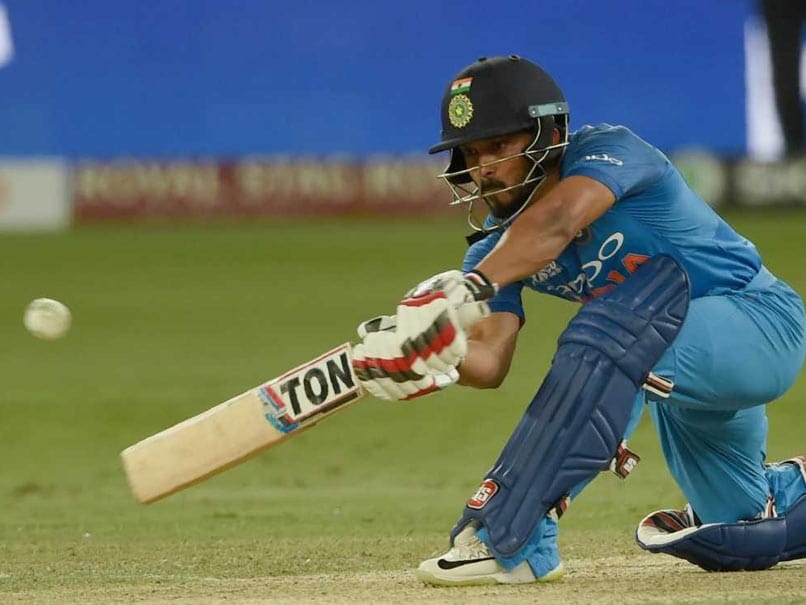 Kedar Jadhav represented India A in the Deodhar Trophy.© AFP

The Board of Control for Cricket in India (BCCI) on Thursday announced the 15-member squad for the remaining three one day internationals (ODIs) against the Windies. While pacers Jasprit Bumrah and Bhuvneshwar returned to the ODI setup while Mohammed Shami was left out from the team. Middle-order batsman Kedar Jadhav, who recently played Deodhar Trophy for India A was also left out of the 15-man squad. Kedar Jadhav after the squad announcement said that there was no communication over his exclusion from the Indian team management. "I did not know this," said Jadhav when asked if there was any communication over his selection for the remaining three games against the Windies.

"Let's see. You are the first one to tell me this. I need to see why they have not picked me. I don't know what the plan is now that I am not there in the team. Probably, I will be playing the Ranji Trophy," said the 33-year-old from Pune.

"We did not pick Kedar because of his history of fitness. There have been occasions earlier when he has come back fit and then broke down, a case in point being the Asia Cup last month," Prasad told PTI.

"Actually, we were thinking that if India A won, then Kedar would have got another match, which would have given us a fair assessment of his match fitness. May be we could have added him as an additional player (in Indian team) before the fourth ODI as the Deodhar final is on Saturday. Players need to understand that there is a process that we follow while selecting the team," Prasad added.

Kedar Jadhav's comments come in the wake of heavy criticism faced by the selectors for lack of communication with players before dropping them. Karun Nair and Murali Vijay had said they were not spoken to by the selectors before being dropped from the Test squad, a claim that chief selector Prasad has denied.

Kedar Jadhav had made a comeback during the Asia Cup last month but the recurrence of the hamstring injury in the final led to another round of rehabilitation.

"Rehab was good. I passed all the tests and came here match fit. It is all fine. Obviously, it hurts when you are in form and get injured. It creates uncertainty on when you will get the next opportunity. And when you come back, you have to start from scratch again as you end up missing a lot of matches. It hurts but you have to accept it and move on."

"You can't be cautious when you play. Till the time you don't meet all the fitness criteria, the NCA people will not clear you. As long as they clear you, you should not be having doubts on the field. That is what why I don't hold myself back (even when it comes to diving on the field)," Kedar Jadhav remarked.

"Also, it is very important to be honest with the physio. Then only they can give you the right feedback. You cannot hide things from physios and trainers, else you will only get exposed," Jadhav said.

Karun Nair
Get the latest updates on ICC T20 Worldcup 2022, check out the Schedule and Live Score. Like us on Facebook or follow us on Twitter for more sports updates. You can also download the NDTV Cricket app for Android or iOS.