Kedar Jadhav was left out of the Indian team for the remaining three ODIs against the Windies. 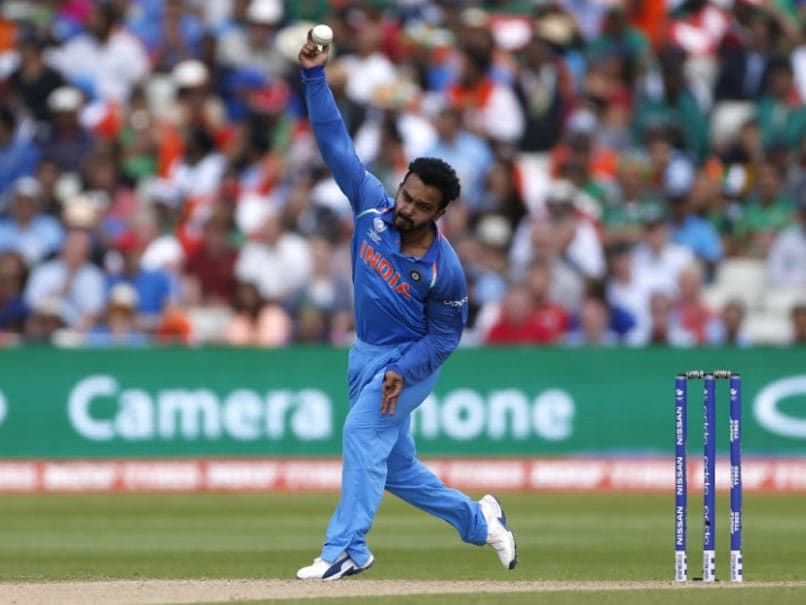 Kedar Jadhav had impressed for India during the Asia Cup 2018 in UAE.© AFP

The Indian team for the final three ODIs against the Windies was announced on Thursday with pace duo Bhuvneshwar Kumar and Jasprit Bumrah making a comeback after being rested for the first two games. However, there was no place for a 'fit-again' Kedar Jadhav in the India squad despite his impressive performances in the Asia Cup 2018. The all-rounder said there no communication from the selectors about his exclusion and that he would "need to see why they have not picked" him.

Jadhav was drafted into the India 'A' team midway into the Deodhar Trophy as the selectors wanted to assess his fitness before taking a call on his comeback.

In the presence of three national selectors, Jadhav made his case with an unbeaten 41 off 25 as well as sent down five overs but the ODI team announced during the course of the Deodhar game didn't figure the Maharashtra player.

"I did not know this," said Jadhav when asked if there was any communication over his selection.

"Let's see. You are the first one to tell me this. I need to see why they have not picked me. I don't know what the plan is now that I am not there in the team. Probably, I will be playing the Ranji Trophy," said the 33-year-old from Pune.

Chief selector MSK Prasad clarified that Jadhav was not picked for the remaining three ODIs because of his injury prone past.

"We did not pick Kedar because of his history of fitness. There have been occasions earlier when he has come back fit and then broke down, a case in point being the Asia Cup last month," Prasad told PTI.

"Actually, we were thinking that if India A won today, then Kedar would have got another match, which would have given us a fair assessment of his match fitness. May be we could have added him as an additional player (in Indian team) before the fourth ODI as the Deodhar final is on Saturday. Players need to understand that there is a process that we follow while selecting the team," Prasad added.

Jadhav had suffered a hamstring injury during the Asia Cup final against Bangladesh while batting during India's successful chase.

The 33-year-old took six wickets in the tournament at an economy rate of 3.97. He didn't get many chances with the bat but still averaged 70 with a crucial unbeaten 28 in the final against Bangladesh.

Jadhav had returned to the Indian team after being out of action for almost three months nursing a hamstring injury.

He had suffered a grade 2 hamstring tear in the opening game of the IPL 2018 and was ruled out for the entire season and India's subsequent tour of Ireland and England.

Kedar Jadhav India vs West Indies 2018 Cricket
Get the latest updates on ICC T20 Worldcup 2022, check out the Schedule and Live Score. Like us on Facebook or follow us on Twitter for more sports updates. You can also download the NDTV Cricket app for Android or iOS.