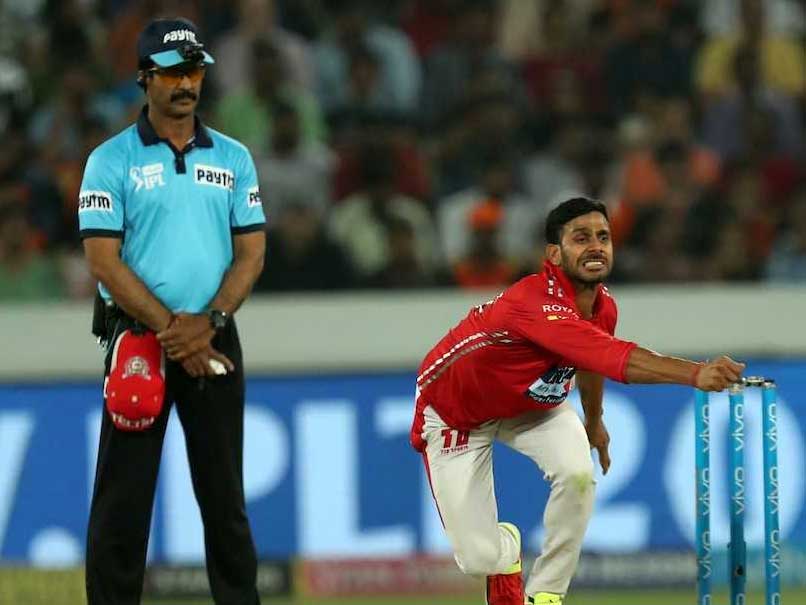 Kings XI Punjab pulled off a massive surprise before the start of their IPL 2018 match against SunRisers Hyderabad on Thursday. The Punjab outfit dropped star left-hander Yuvraj Singh, bringing in Manoj Tiwary in his place. However, that was not the only surprise Punjab fans were in for. Making his first appearance this season, Tiwary, came into bowl in the eighth over and immediately caught the eye with his 'slingy' bowling action reminiscent of Lasith Malinga and Kedar Jadhav. And while he bowled just one over, didn't take any wickets and gave away 10 runs, Tiwary soon became the talk of the town on Twitter. (POINTS TABLE)

While IPL fans might have witnessed Tiwary's 'slingy' bowling action for the first time, the 32-year-old showed a glimpse of his newly weapon for his domestic side -- Bengal.

Fans came in their numbers to give their opinion on Tiwary's bowling action with some making hilarious comparions to Malinga and Jadhav.

Why Is Manoj Tiwary Behaving Like Lasith Malinga? #SRHvKXIP #ManojTiwary

Although Jadhav( #CSK )has been ruled out of this #IPL2018 but Manoj Tiwary(#kxip) didn't let us miss his bowling style in yesterday's match!#SRHvKXIP

Punjab's experiment of dropping Yuvraj didn't bear any fruit as Tiwary failed to make an impact either with the ball or the bat.

Tiwary was dismissed by Sandeep Sharma for just 1 as Punjab crumbled in their chase of 133.

While Ankit Rajpoot took the first five-for of IPL 2018 to help Punjab restrict SRH to 132 for six, Rashid Khan got the job done for the hosts with his three for 19 in four overs, leaving KXIP's chase in tatters.

CSK head the table due to a better net run-rate but MS Dhoni's team will have a chance to open a gap at the top, having played a game less than Hyderabad and Punjab.

The Super Kings will get that opportunity on Saturday when they face Mumbai Indians at the Maharashtra Cricket Association Stadium in Pune.

Comments
Topics mentioned in this article
Kings XI Punjab Sunrisers Hyderabad Manoj Tiwary Kedar Jadhav Lasith Malinga Indian Premier League 2018 Cricket
Get the latest updates on ICC T20 Worldcup 2022, check out the Schedule and Live Score. Like us on Facebook or follow us on Twitter for more sports updates. You can also download the NDTV Cricket app for Android or iOS.