Yuvraj Singh turned 36 on Tuesday and wishes poured in from all quarters. 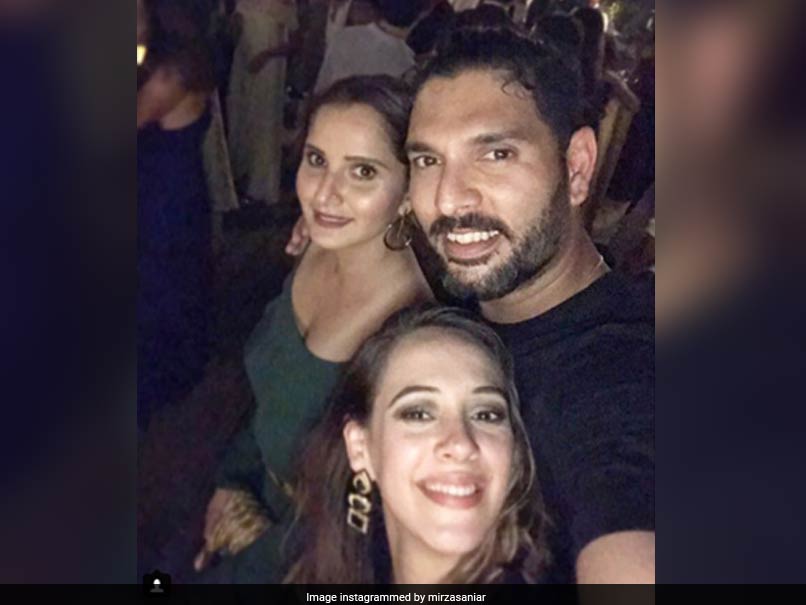 Yuvraj Singh turned 36 on Tuesday and wishes poured in from all quarters for the 2011 World-Cup hero. He received a hilarious wish from his good friend, tennis star Sania Mirza. "Happy wala birthday mottuuuuu ?? ?? you are finally growing up now ...," Sania wished Yuvrajon Instagram. The left-hander, in spite of not being a regular member of the Indian team, remains among the most popular cricketers in the country. The star batsman is currently out of the Indian team but he expects the national comeback soon and wants to play till 2019, as he had said few days ago.

Yuvraj Singh, who is called a fighter by most of his friends and teammates, also celebrated his first marriage anniversary few days ago and he was also conferred with a doctorate by a Gwalior university for his contribution to Indian cricket and the society.

The Punjab batsman made a successful comeback into the ODI team this year and played 11 ODIs scoring 372 runs at an average of 41.33 but was sidelined due to his fitness issues. On his birthday, most of Yuvraj's teammates highlighted his never-say-die attitude.

There are champions and then there are fighters. For me, you are both. Wishing you a very happy birthday, Yuvi. May you have a successful year ahead. pic.twitter.com/O1i4fTtvx5

Happy birthday my brother @YUVSTRONG12 have the best birthday and let the six pack rest for a bit ????. pic.twitter.com/yQNuZBTx2D

To someone who has taught us to keep fighting always. You've made us all proud at various stages with your powerful performances. Wishing you a very happy birthday @YUVSTRONG12 May God bless you.?????? pic.twitter.com/yngSHrJc5e

Yuvraj, who had reportedly failed the Yo-Yo test in October and then decided to skip four of Punjab's five Ranji Trophy matches to regain his fitness, has finally managed to clear it.

He was expecting a comeback against Sri Lanka in the home series but the selectors ignored his name. However, the veteran took it on his chin and shut all remours about his retirement. Yuvraj had then said that his career decisions will be solely decided by him.

"I am not afraid of failure. I have gone through ups and downs. I have seen defeat and that's what's the pillar of success. "To be a successful man, to be a successful person in your life, you need failure and you've got to be defeated. That will make you a stronger person and it will take you to the next level," he explained.

The left-hander has played 40 Tests, 304 ODIs and 58 T20 Internationals in his 17-year-career scoring 1900, 8701 and 1177 runs across the respective formats. However, six sixes in six balls against England in the inaugural Twenty20 World Cup at Durban in 2007 will be on top of his career.

Comments
Topics mentioned in this article
India Cricket Team Yuvraj Singh Cricket Sachin Tendulkar Virender Sehwag Suresh Raina
Get the latest updates on Fifa Worldcup 2022 and check out  Fifa World Cup Schedule, Stats and Live Cricket Score. Like us on Facebook or follow us on Twitter for more sports updates. You can also download the NDTV Cricket app for Android or iOS.