Former Pakistan skipper Salman Butt hailed IPL 2021 Orange Cap winner Ruturaj Gaikwad as a "special player" but doesn't want him to be rushed into the Indian side. 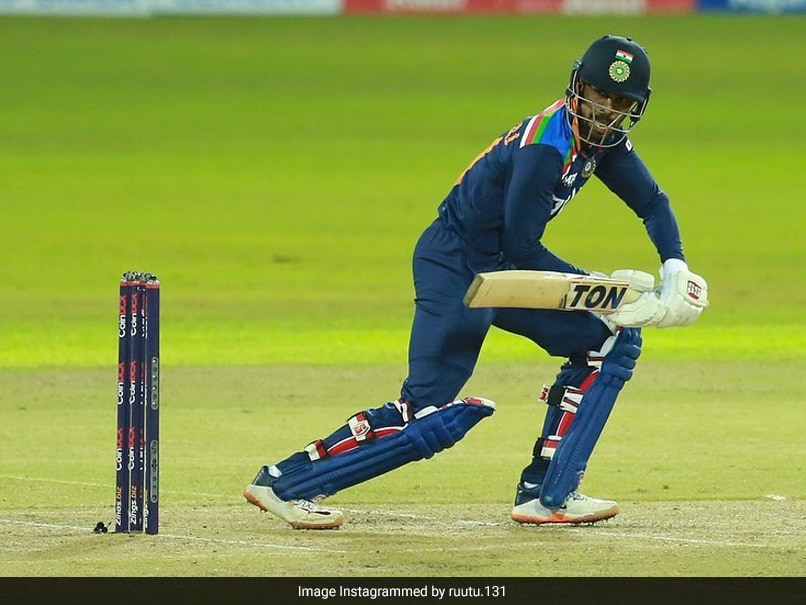 Ruturaj Gaikwad made his T20I debut in July vs Sri Lanka.© Instagram

Former Pakistan skipper and opening batter, Salman Butt spoke highly of Ruturaj Gaikwad who is currently part of the Indian squad for the ongoing T20I series against New Zealand at home. Butt heaped praise on the stylish right-hand batter who had recently bagged the Orange Cap in the Indian Premier League (IPL) 2021. However, Salman also cautioned against rushing the batter too early into the Indian side. He explained that Gaikwad is "too good" a batter not to be drafted into the side but he shouldn't be rushed. "The guy is too good, don't rush with him. He will get his chance at his time. You don't have many players who have the same quality as Gaikwad," Butt said during a YouTube session.

Butt termed Gaikwad as a "special player" who doesn't look like he is going to stop performing well.

"Among good players, he is a special player. That is what I see with him. He is a really special cricketer. Unless something unfortunate happens, he won't stop," he added.

Gaikwad was named in India's T20I side for the New Zealand series following an exceptional IPL 2021 season. He ended the tournament with 635 runs in 16 matches at an average of 45.35. He scored his runs at an exceptional strike-rate of 136.26, including four fifties and a hundred.

Gaikwad didn't feature in the Indian team for the opening two games of the series. Team India won both the games convincingly by five and seven wickets, respectively.

With the series already in the bag, Gaikwad might get a chance to be selected in the playing XI for the final T20I fixture at the Eden Gardens in Kolkata on Sunday.

India Cricket Team Salman Butt Ruturaj Gaikwad Cricket
Get the latest updates on SA vs IND 2021-22, check out the Schedule and Live Score . Like us on Facebook or follow us on Twitter for more sports updates. You can also download the NDTV Cricket app for Android or iOS.