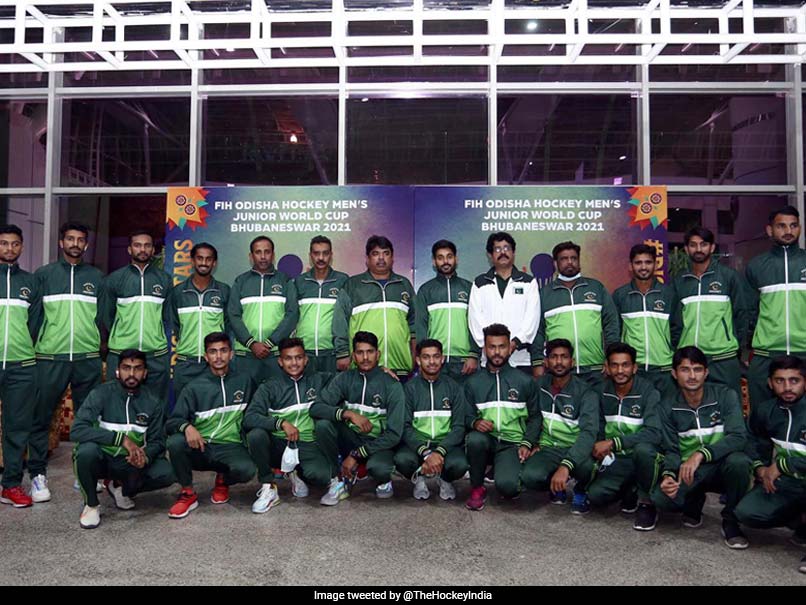 Pakistan hockey team arrived in Bhubaneswar to participate in the much-awaited FIH Odisha men's Junior World Cup 2021. The showpiece event is scheduled to be held here from November 24 to December 5. The Pakistan team arrived after South Africa and Korea reached Bhubaneswar for the mega event. South Africa will face off against Belgium in the first game of the tournament on Wednesday, while Korea, who are placed in Group C along with the Netherlands, Spain, and the USA will take on the Dutch team in their first game of the competition on Thursday.

The players and officials coming to the state capital for the upcoming junior men's hockey world cup will be subjected to RT-PCR tests every 72 hours, a senior sports department official said on Saturday.

On an average 500 tests are being conducted and same day reports are being generated by ICMR's Regional Medical Research Centre (RMRC), Bhubaneswar.

"Every 72 hours, each and every person including players, officials, hotel staff and associates involved with the event are retested," said R Vineel Krishna, Odisha's sports and youth service secretary.

Stating that the state administration was doing everything possible to prepare for the smooth conduct of the games, Krishna said: "We are working towards making this international sporting event, safe, secured and memorable for the junior hockey players who have come here with big dreams."

This is the third time that India is hosting the prestigious tournament, which took place in New Delhi in 2013 and in Lucknow in 2016.

A total of 16 nations will take part in the event. Hosts and defending champions India are grouped in Pool B along with Canada, France and Poland.

The other teams in the fray include Belgium, Malaysia, South Africa and Chile in Pool A; Netherlands, Spain, Korea and United States grouped in Pool C, while Germany, Argentina, Pakistan and Egypt are in Pool D.

Comments
Topics mentioned in this article
Pakistan India Hockey
Get the latest updates on India vs South Africa and check out  Schedule, Results and Live Score. Like us on Facebook or follow us on Twitter for more sports updates. You can also download the NDTV Cricket app for Android or iOS.