Former England captain Michael Vaughan was travelling with the Indian team on their trip from Adelaide to Perth. 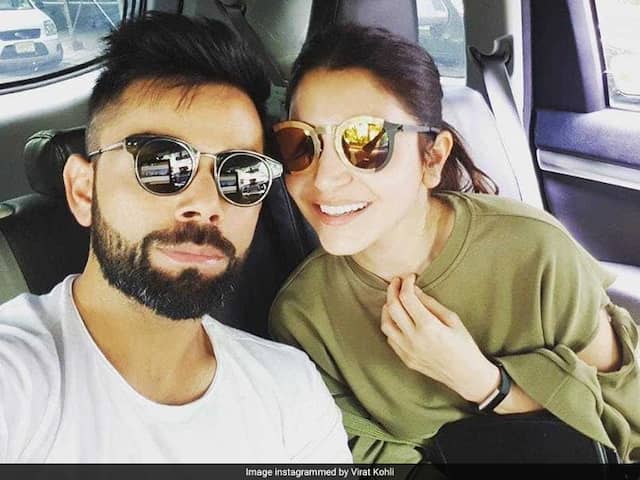 Virat Kohli and wife Anushka Sharma are celebrating their first marriage anniversary on Tuesday but are making headlines for other reasons. The Team India skipper and the Bollywood star are currently in Australia with the Indian cricket team touring the country for a full series. On Monday, India pulled off a stunning 31-run win over the hosts to register their first victory in a Test Down Under in 10 years. It is a quick turnaround for both teams with the second Test slated to start on Friday in Perth. Former England captain Michael Vaughan revealed in a Twitter post that he witnessed "Virat Kohli and his wife give up their Business class seats" so that Indian pacers could relax and have more comfort on their trip from Adelaide to Perth.

Vaughan posted a message on his official account warning the Australian team that "not only are the quicks more relaxed .. The Skipper is managing his troops with great human touches".

Witnessed @imVkohli & his wife give up their Business class seats to allow the Quicks more comfort & space on the trip from Adelaide - Perth !! Danger Australia .. Not only are the quicks more relaxed .. The Skipper is managing his troops with great human touches #AUSvIND

India won a tightly-contested opening Test at the Adelaide Oval on the fifth day after setting Australia a target of 323, which would have been a record run chase at the ground.

It was a big breakthrough for the Indian cricket team and Kohli, with their last triumph on Australian soil at the WACA Ground in Perth in 2008. In Adelaide, their sole previous win was in 2003.

The victory was built on Cheteshwar Pujara's first innings 123 and his second innings 71, while wicketkeeper Rishabh Pant took a world record-equalling 11 catches.

The second Test starts on Friday in Perth, with Melbourne and Sydney to follow.

Meanwhile, Virat Kohli and Anushka Sharma celebrated their first marriage anniversary with adorable posts for each other on Twitter.

Can't believe it's been a year already because it feels like it happened just yesterday. Time has truly flown by. Happy anniversary to my best friend and my soulmate. Mine forever@AnushkaSharma pic.twitter.com/eKL9wlpU4R

Virat Kohli Michael Vaughan Australia vs India 2018/19 Cricket
Get the latest Cricket news, check out the India cricket schedule, Cricket live score . Like us on Facebook or follow us on Twitter for more sports updates. You can also download the NDTV Cricket app for Android or iOS.