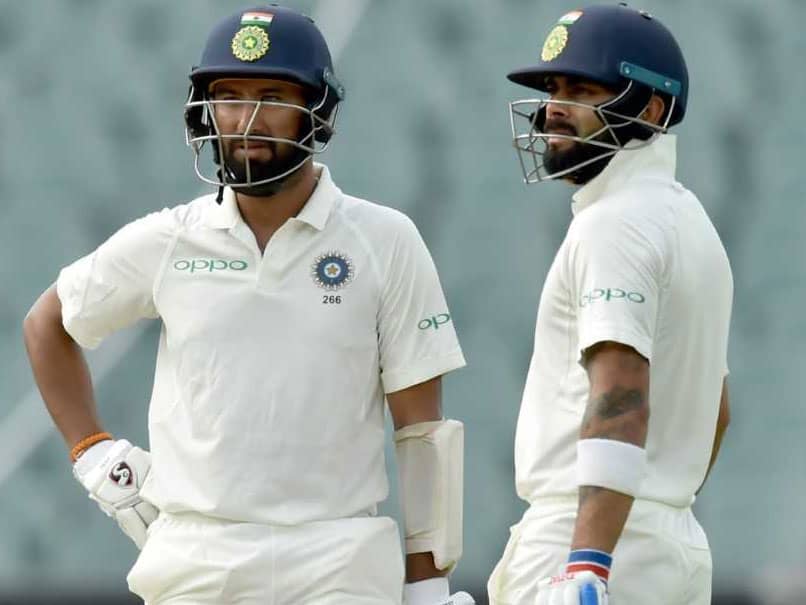 India registered a 31-run victory against Australia in an exciting encounter in the opening Test at the Adelaide Oval on Monday. By virtue of this victory, India registered their first Test win on Australian soil in 10 years. Following this win, Virat Kohli became the first Indian captain to win Test matches in Australia, England and South Africa. Rahul Dravid and MS Dhoni captained India to Test victories in England and South Africa but never in Australia. Impressed by the intensity of the Adelaide Test, cricketers took to Twitter to praise the visiting team.

GREAT Test Match ... 2018 has been a tremendous year for the BEST format ... India deserved winners ... The celebrations of @imVkohli tell you everything ... I think we are In for a special series @FoxCricket ... Absolutely loved this week on air #Adelaide #AUSvIND

What a way to start the series!#TeamIndia never released the pressure. Superb batting by @cheteshwar1 with crucial knocks in both innings, @ajinkyarahane88 in the 2nd innings and excellent contributions by our 4 bowlers. This has brought back memories of 2003. #INDvAUS pic.twitter.com/4gmviaKeCC

Amazing grit displayed by the Australian lower order, but this is a moment to savour for a long time for Team India. The bowlers gave it everything and let's just enjoy this and carry the momentum into the Perth Test #AusvInd

Great fight from Australia's lower order today & it should be - this is test cricket. Terrific test match & congrats to @imVkohli & his men on a wonderful victory ! Bring on Perth

I love test cricket & its drama !

Congratulations Team India! What a way to start the test series! Congratulations on the win. top stuff by @cheteshwar1 and all the bowlers doing a great job #AUSvIND

After the Adelaide victory, India also became the second Asian side to win the first Test of a series in Australia after Pakistan won the MCG Test in 1978-79 (series 1-1).

This is the second instance of India winning three Test matches outside Asia in a calendar year after three wins in New Zealand in 1968. Apart from today's Adelaide win, India beat South Africa in Johannesburg by 63 runs, registered a 203-run victory against England in Nottingham.

Pacers Jasprit Bumrah and Mohammed Shami were also crucial to India's cause, picking three wickets each while Ishant Sharma chipped in with one.

Cheteshwar Pujara, adjudged man of the match, played the role of an anchor for India in both innings. Praising Pujara, Kohli said that he was the difference between India and Australia.

Cheteshwar Pujara Tim Paine Australia vs India 2018/19 Cricket
Get the latest updates on IPL 2021, IPL Points Table , IPL Schedule 2021 , live score . Like us on Facebook or follow us on Twitter for more sports updates. You can also download the NDTV Cricket app for Android or iOS.