We Fought Hard, Don't Have To Talk Rubbish To Prove It: Tim Paine

Australia were bowled out for 291 runs in the second innings while chasing a target of 323 runs in the first Test. 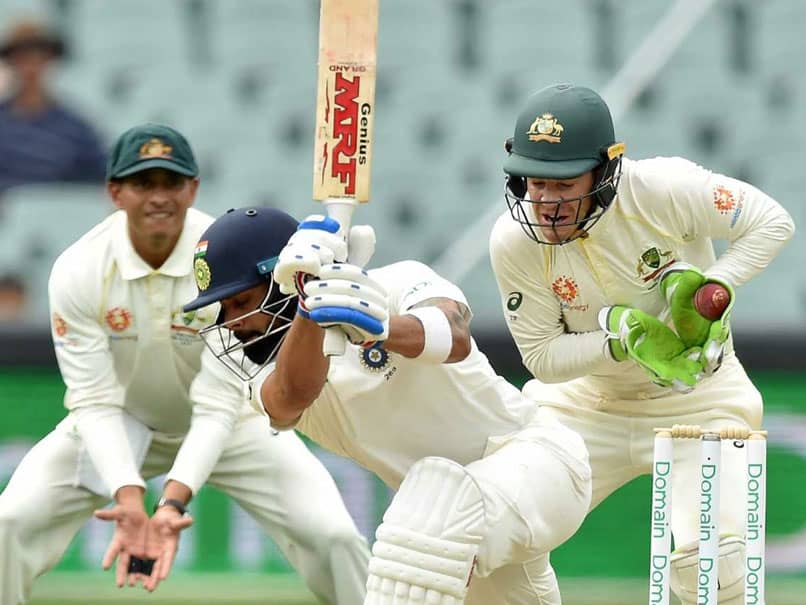 Australia lost the first Test against India by a narrow 31-run margin.© AFP

Australia lost the first Test against India by a narrow 31-run margin at the Adelaide Oval on Monday. Chasing a target of 323 runs, Shaun Marsh (60) played a defiant knock before being sent back by Jasprit Bumrah in the second innings. However, the middle and lower-order batsmen for Australia contributed important runs to make sure the hosts gave India a run for their money. Australian skipper Tim Paine, in the post-match press conference hailed his team's collective effort and said that he doesn't needs to speak rubbish to prove his team fought hard.

"We fought really hard and never gave up, and you don't have to talk rubbish and carry on a like a pork chop to prove that."

The opening Test in Adelaide was the first at home for Australia since the cheating row blew up in South Africa last March, leading to bans for then skipper Steve Smith and his deputy David Warner.

A scathing review into the scandal criticised Australian cricketers for "playing the mongrel" against opponents and in response the team produced a players' pact vowing to tone down their infamous abrasive attitude.

Both teams shook hands before and after the match as a mark of respect and Paine said his team showed you didn't have to "carry on like a pork chop" to be competitive in a match that went to the wire.

India eventually won by 31 runs on the fifth day to take momentum into the next Test in Perth starting Friday.

"We played in good spirits. I don't know about the Indians, we didn't pay attention to them and we won't be for the whole series," he said Monday.

"We can only concentrate on the brand and the style of cricket that we want to play.

"From a cricket point of view, we have some areas to tighten up and I thought today was a nice snapshot of how we want to go about it.

The Australians came face-to-face in Adelaide with famously combative Indian skipper Virat Kohli, who thrives on the verbal banter and has never been shy of riling the opposition.

But while he celebrated wickets enthusiastically, there were few, if any, niggles between the teams during the highly competitive game.

Paine pointed to the experienced foursome of Mitchell Starc, Josh Hazlewood, Pat Cummins and Nathan Lyon as showing the type of never-say-die, but fair, commitment he wants in the team.

They all bowled consistently and for long periods, and added valuable runs on Monday in the improbable chase of a winning target of 323, eventually going down by 31 runs.

"Our whole bowling attack, your see those four together and you can see how much it means to them playing for Australia, whether they've got the bat, ball or in the field," he said.

"You can't question their commitment. They have a red hot crack every single ball.

"That's what we're building to, that's the style of cricket we want to play.

"They're obviously some of our more experienced players and I think the more they do that the more it will rub off on the rest of the group. I couldn't question any of those guys."

Australia Cricket Team Australia vs India 2018/19 Tim Paine Australia vs India, 1st Test Cricket
Get the latest updates on IPL 2020, check out the IPL Schedule for 2020 and Indian Premier League (IPL) Cricket live score . Like us on Facebook or follow us on Twitter for more sports updates. You can also download the NDTV Cricket app for Android or iOS.