India vs Australia: Australia Will Be Competitive And Fired Up Against India, Warns Tim Paine 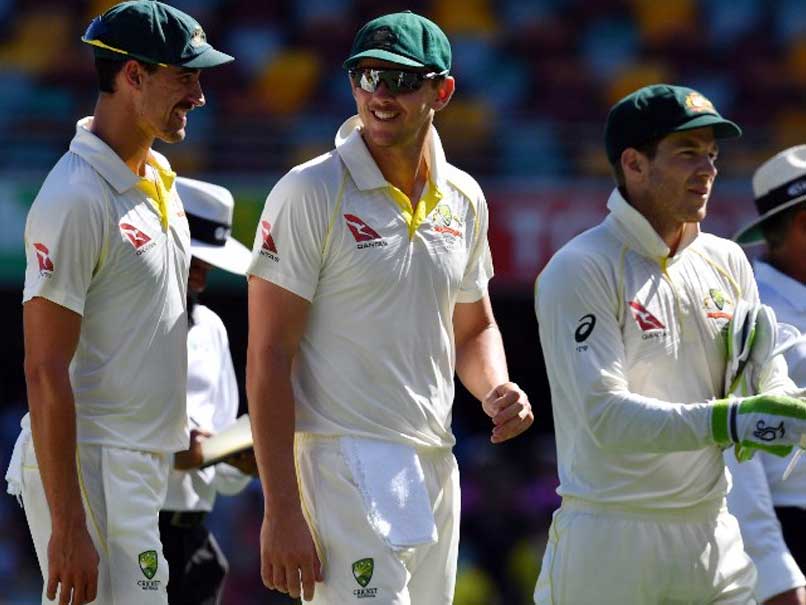 Tim Paine has warned that the hosts will be as fired up as ever against India.© AFP

Australia skipper Tim Paine has warned that the hosts will be as fired up as ever against India despite their new vow to play with a smile. The two teams will meet in the first Test of the four-match series at the Adelaide Oval starting Thursday and Paine also pledged to shake the opponents' hands before each match as a mark of respect in a bid to change the culture within the side. "It's been received well, I haven't heard otherwise," he told cricket.com.au of the handshake idea. "I just think it's a bit of a no brainer, just a show of sportsmanship.

"It doesn't mean we'll be the nicest team in the world to play against by any stretch of the imagination.

"We'll still be really competitive and fired up out on the ground, but I think you do need to have that bit of respect between the two sides."

However, Paine also warned, his pace attack of Mitchell Starc, Josh Hazlewood and Pat Cummins not to get "too emotional" in their battle with Indian skipper Virat Kohli this summer.

"I think our fast bowling attack... if they play purely on skill, they're going to trouble him," Paine said of Kohli.

"At times when we get too emotional, we can lose our way a little bit. So it's a really fine line.

"There's going to be times when they're going to get a bit fiery, I'm sure. But we need to be mindful of keeping ourselves calm enough so we can execute our skills as well."

The upcoming series is believed to be India's best chance to win a Test series in Australia, who are without the services of Steve Smith and David Warner, .