India vs Australia: Virat Kohli Takes A Wicket And Can't Believe It - Watch

Interestingly, Virat Kohli has eight wickets to his name in international cricket. 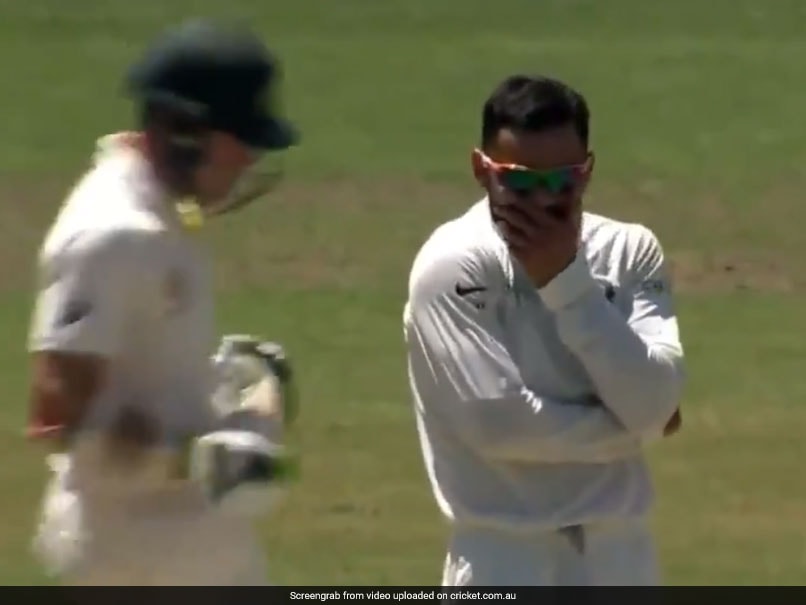 Virat Kohli, arguably the best batsman in the world right now, tried his hand at bowling during India's four-day warm-up match against Cricket Australia XI at the Sydney Cricket Ground on Friday. On the third day, he bowled two overs as other bowlers failed to make an impact. The Indian skipper was finally rewarded on the final day of the match as he dismissed South Australian wicketkeeper-batsman Harry Nielsen, who skied a half-tracker and ended up giving a simple catch to Umesh Yadav at mid-on. After taking the wicket, the 30-year-old looked somewhat embarrassed, then celebrated wildly, pumping his fists in the air and high-fiving his teammates.

Interestingly, Kohli has eight wickets to his name in international cricket and Johnson Charles was his last victim during a World T20 match against the Windies in 2016.

As far as the match is concerned, the Indian bowlers finally managed to dismiss Cricket Australia XI on a score of 544, conceding a lead of 186 runs.

Currently, Kohli is leading his troops in a full series Down Under and it is believed that in the absence of Steve Smith and David Warner, this is India's best chance to win a Test series in Australia.