Virat Kohli will lead India into the four-Test series beginning on December 6. 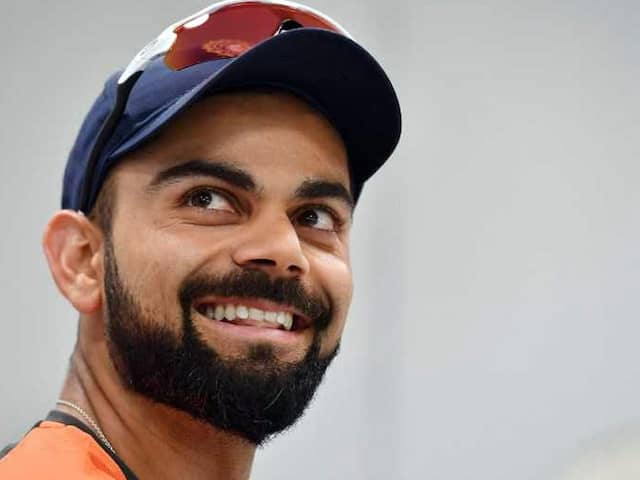 Virat Kohli is well-known for his aggression and combativeness on the field.© AFP

Team India skipper Virat Kohli, whose recent form has been spectacular, is gearing up to face one of his biggest challenges in the four-match Test series against Australia starting in Adelaide on December 6. The 30-year-old was the top-scorer from either side on India's tour of England earlier this year with 593 runs from 10 innings with two centuries and as many half-centuries. He also scored a hundred against the Windies at home last month. The number one Test batsman is often likened to the greats of the game but former Australian cricketer Dean Jones went a step further to state that Kohli is flawless like the famous masterpiece Mona Lisa. "Trying to find a weakness in Kohli's game is like trying to find something wrong with the Mona Lisa. Teams must stop his cover drive and bowl in different areas," Jones was quoted as saying by icc-cricket.com.

Kohli starred for India during the 2014-15 Test series in Australia with 692 runs from four games at 86.50 with four centuries and one half-century, and finished the four-match series as the second-highest scorer behind Steve Smith.

"On his last tour to Australia he was just awesome with four centuries in eight innings," Jones said.

"He hits amazing cover drives and whips through mid-wicket with monotonous ease."

Kohli, who is well-known for his aggression and combativeness on the field, extended an olive branch to new-look Australia before departing for the 62-day tour Down Under.

However, Jones has warned the hosts against provoking Kohli during the upcoming series, pointing out that the India captain 'thrives on confrontational situations'.

"Do not talk or provoke him. Make him your best mate."

India, who are still to win a Test series Down Under in 11 attempts since 1947, were beaten 2-0 in the summer of 2014-15 and Jones thinks this is the visitors' only chance to win on Australian soil.

"India are miles better than Australia in all formats", and in the absence of Smith and David Warner, "if India don't win this series, they will never win in Australia".

Adelaide Oval, Adelaide Australia vs India 2018/19 Cricket Australia vs India, 1st Test
Get the latest Cricket news, check out the India cricket schedule, Cricket live score . Like us on Facebook or follow us on Twitter for more sports updates. You can also download the NDTV Cricket app for Android or iOS.