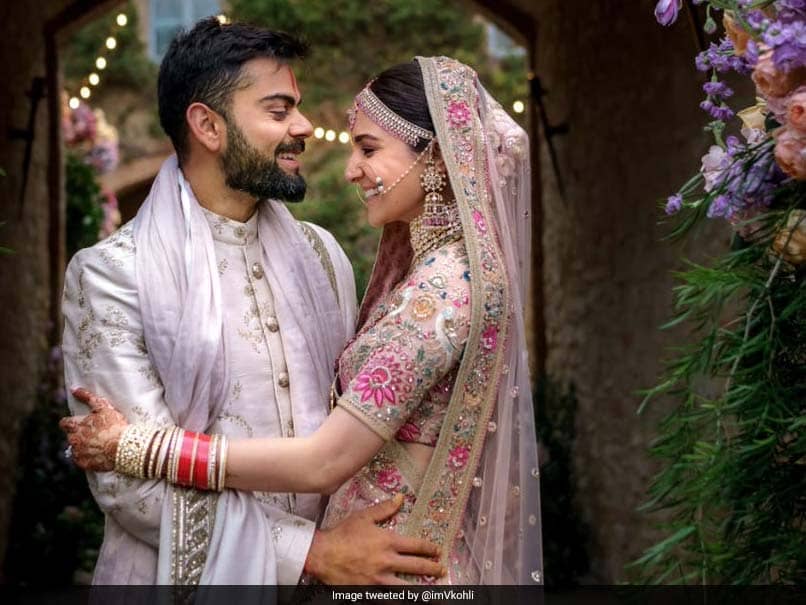 Virat Kohli and Anushka Sharma celebrated their first marriage anniversary with adorable posts for each other on Twitter. The power couple Virat and Anushka had tied the knot in Italy on December 11, 2017. Kohli, posted multiple pictures of his with Anushka on Twitter and said that he can't believe it's been a year already. The Indian team skipper further expressing his happiness on the occasion wished his "best friend and soulmate" a happy anniversary. While Anushka posted a video on Twitter and said, "it's heaven when you marry a good man". The video posted by Anushka comprised of all the memories from their wedding.

Virat Kohli and Anushka Sharma are currently in Australia. The Bollywood actress Anushka had reached Australia a few days earlier to celebrate he anniversary with Kohli, who is currently on national duty for the Indian cricket team.

Virat and Anushka's anniversary celebration comes after India claimed a historic Test victory in Adelaide. India won their first Test on the Australian soil after 10 years. However, the Indian team skipper Kohli had not fared too well in the first Test. He had managed to notch up the scores of three and 34 in the first and second innings.

Anushka has accompanied her husband on quite a few cricket tours, be it with the national team or in the Indian Premier League (IPL).

The 30-year-old Kohli has also at times appreciated Anushka's presence in the crowd by dedicating his milestones to his lady luck.

During the Test series against England earlier this year, Kohli had dedicated his century to Anushka by reaching under his shirt and kissing the ring he had attached to a chain.

The Indian skipper had also blown a flying kiss to his wife, who was watching from the stands in Birmingham.