Virat Kohli and Anushka Sharma will celebrate their first marriage anniversary on December 11. 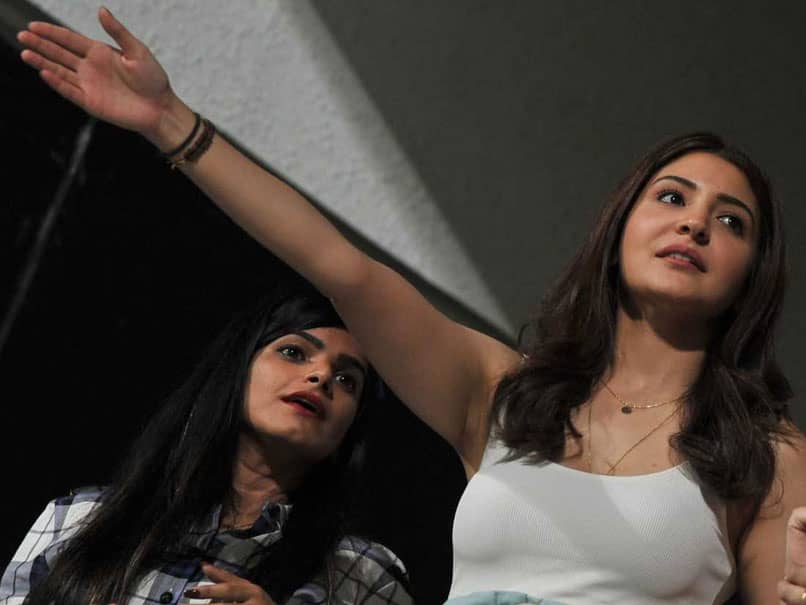 Virat Kohli's wife Anushka Sharma has arrived in Adelaide ahead of their first marriage anniversary on December 11. Bollywood actress Anushka Sharma was spotted in the crowd during the Day 2 of the first Test between India and Australia. In the video posted by fans on Twitter, Anushka can be sitting among the spectators while Ishant Sharma was bowling to Pat Cummins during the 67th over. Apart from the video, fans also flooded Twitter with some of Anushka Sharma's pictures from the match.

Kohli had tied the knot with his long-time girlfriend Anushka in December last year in Italy. Since then, Anushka has accompanied the Indian team skipper on quite a few tours. She has also been spotted extending her support to Kohli during the Indian Premier League (IPL) matches.

The 30-year-old Kohli has also at times appreciated Anushka's presence in the crowd by dedicating his milestones to his lady luck.

During the Test series against England earlier this year, Kohli had dedicated his century to Anushka by reaching under his shirt and kissing the ring he had attached to a chain.

The Indian skipper had also blown a flying kiss to his wife, who was watching from the stands in Birmingham.

Meanwhile, the power couple, who never fail to engage fans through their Tweets had also received the "Golden Tweets" honour by the Twitter India earlier for their post on the occasion of Karva Chauth.

However, Kohli did not fare too well in the ongoing Adelaide Test as he was dismissed for only 3 runs in the first innings by Pat Cummins.