Virat Kohli was dismissed for three by pacer Pat Cummins on the opening day of the Adelaide Test between India and Australia. 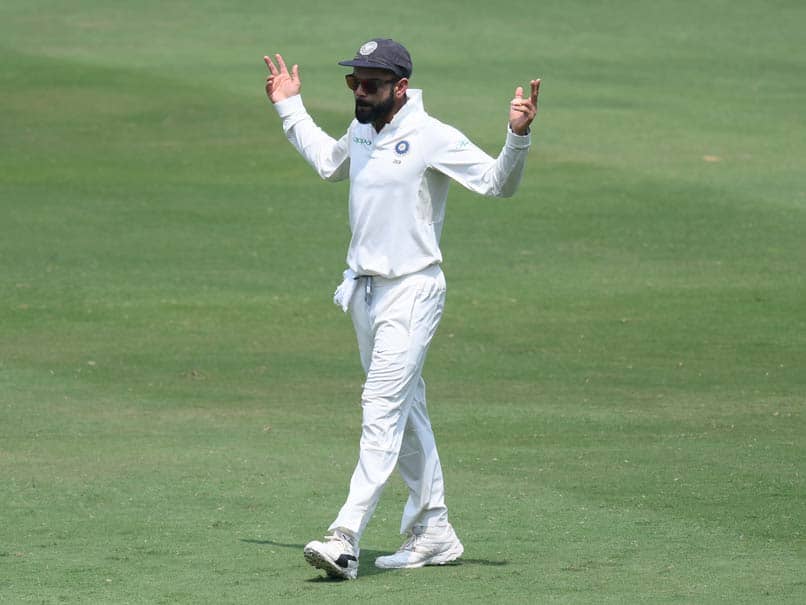 Virat Kohli's importance in the ongoing series has been cut-short.© AFP

Virat Kohli's importance in the ongoing series between Indian and Australia has surprisingly been cut short as batting legend Sunil Gavaskar said that Team India openers will play a far more decisive role than the Indian skipper. Gavaskar further explained that if the openers fail to deliver, the onus will be on Kohli to perform. "Indian openers are going to be more decisive because if Australia get Virat Kohli in to bat when India are 100 or 150 then Kohli is going to be unstoppable. Australia will fancy their chances if the ball is hard and new and Virat comes in to bat," Sunil Gavaskar told India Today.

"Openers are going to be far more important. Yes, Virat Kohli will have to salvage the situation if the openers fail but if the openers do well then Virat will be in a position to dominate," the 69-year-old added.

In the ongoing Adelaide Test between the two cricketing giants, Kohli won the toss and opted to bat with the visitors managing to score 250/9 at stumps on Day 1.

Cheteshwar Pujara scored his first hundred in Australia, leading India's recovery after the cheap dismissals of leading batsmen in the first Test.

Pujara reached the triple figure in Test cricket for the 16th time, his third against Australia, with six boundaries and a six in a composed 231-ball knock.

India will resume Day 2, with tail-enders Mohammed Shami (6 not out) and Jasprit Bumrah at crease.

Virat Kohli Australia vs India 2018/19 Cricket
Get the latest updates on India vs Australia Series, check out the India vs Australia Schedule for 2020-21 and Ind vs Aus live score . Like us on Facebook or follow us on Twitter for more sports updates. You can also download the NDTV Cricket app for Android or iOS.