Praising Cheteshwar Pujara, Mayank Agarwal said it was great to watch him bat from the other end. 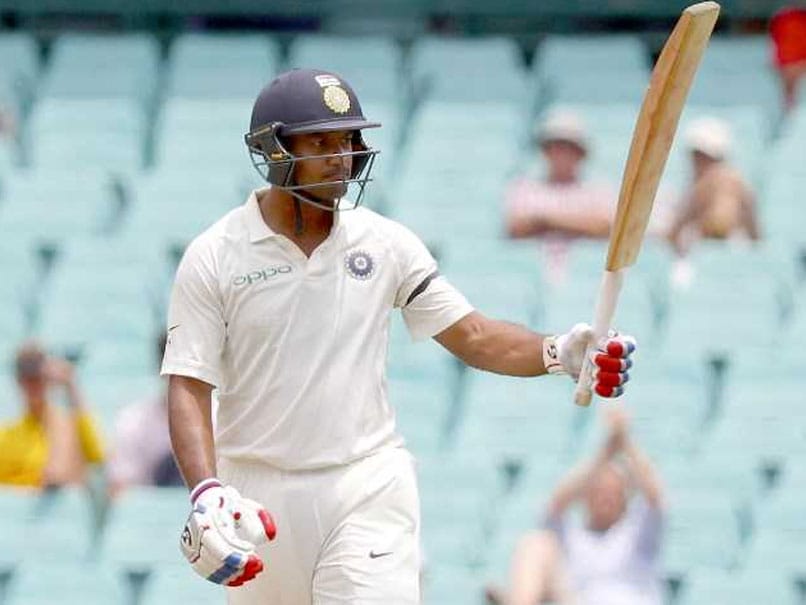 Mayank Agarwal made a fine 77 at the Sydney Cricket Ground on Day-1.© AFP

Mayank Agarwal, who is barely two Test matches old, had hit a purple patch right from the word go. In his debut Test at Melbourne, he managed respectable scores of 76 and 42 in the two innings. His second Test outing in the ongoing India vs Australia Test at the Sydney Cricket Ground has also been quite impressive, with a score of 77 in the first innings. Playing in Australia is all about mental pressure and Mayank Agarwal thanks Rahul Dravid for helping him manage his "mental energies."

"Playing under him is good, we as batsmen speak a lot to him about our game and technique. And he is out there to guide us and help us climb the ladder. His advice has been very, very helpful. He told to me particularly think how to manage my mental energies. And that's something that we've spoken about for four to six months. He's helped me go through that path," Mayank said at the presser at the end of Day One.

On playing a rash shot and giving his wicket away to Nathan Lyon on Day One of the fourth Test, Mayank said, "I am quite disappointed for missing out on a big score. Disappointed that I threw my wicket. With that said, it's a learning curve. If I don't make this mistake again, then it will be a good learning."

At the end of the first day of the fourth Test, India were 303/4, with Cheteshwar Pujara scoring his third century of the series. Pujara is currently not out on 130.

On batting with Pujara, Mayank said, "It is great to watch him bat from the other end, and watch the way he cramps the bowlers. He's got a pattern to it. He understands his strengths and he waits for the bad balls to come. Obviously, with his experience, he tells me what the opposition is going to do."

Rahul Dravid
Get the latest updates on ICC T20 Worldcup 2022 and CWG 2022 check out the Schedule, Live Score and Medals Tally. Like us on Facebook or follow us on Twitter for more sports updates. You can also download the NDTV Cricket app for Android or iOS.