Asia Cup 2018: This Mashrafe Mortaza Stunner Might Be Catch Of The Tournament. Watch

Mashrafe Mortaza led Bangladesh to a fine win over Pakistan and a slot in the Asia Cup 2018 final. 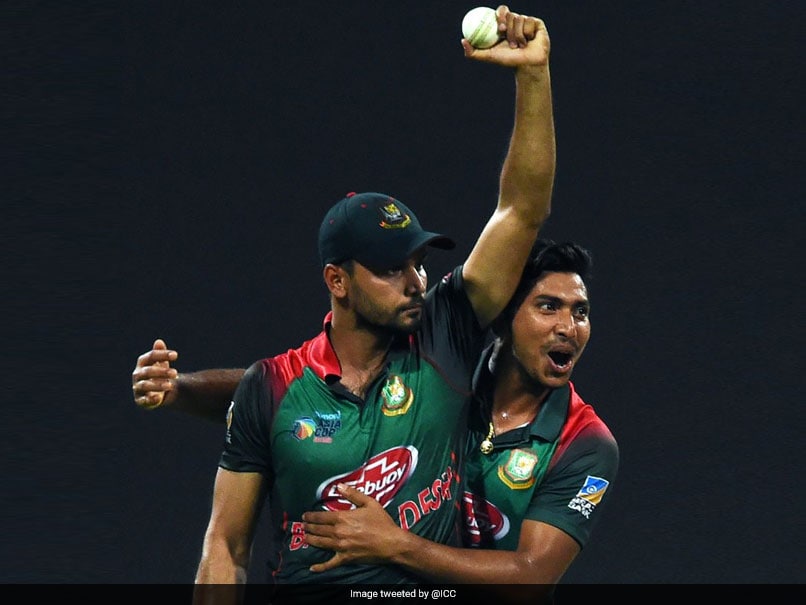 Mashrafe Mortaza dived full length to his left and held on to the catch.© Twitter

Pakistan were stunned by a resilient Bangladesh unit in a virtual Asia Cup 2018 semi-final, when the two teams faced off in the final Super Four clash in Abu Dhabi on Wednesday. Bangladesh outplayed Pakistan in all the departments but it was skipper Mashrafe Mortaza's stunning catch to dismiss Shoaib Malik that paved the way for his team's 37-run win. Chasing 240 for win, Pakistan looked well-set to meet arch-rivals India for the third time in the ongoing tournament but Mortaza's blinder of a catch off Rubel Hossain's bowling in the 21st over proved to be the turning point. Mortaza dived full length to his left and held on to the catch as Malik went for a chip over mid-wicket.

#AsiaCup2018 #AsiaCup
What A Catch By Mashrafe Mortaza pic.twitter.com/1v47DJbptY

Earlier, Mushfiqur Rahim struck a brilliant 99, while Mohammad Mithun made 60 to lift Bangladesh to a decent 239 all out from a precarious position after opting to bat. Mushfiqur was unlucky as he fell one short of what could have been his seventh ODI century but did enough to rescue Bangladesh with a 144-run fourth wicket stand with Mithun after they were reduced to 12 for three inside five overs.

Later, opener Imam-ul-Haq (83) turned out to be the lone bright spot as Pakistan faltered in pursuit of the modest chase to be restricted to 202 for nine. Bangladesh will now take on India in the title clash in Dubai on Friday.

On paper, India will remain overwhelming favourites to win the tournament for a record seventh time while Bangladesh will be hoping to be third-time lucky in a summit clash.

Mashrafe Mortaza Shoaib Malik Asia Cup 2018 Cricket India vs Bangladesh, Final
Get the latest updates on ICC T20 Worldcup 2022, check out the Schedule and Live Score. Like us on Facebook or follow us on Twitter for more sports updates. You can also download the NDTV Cricket app for Android or iOS.