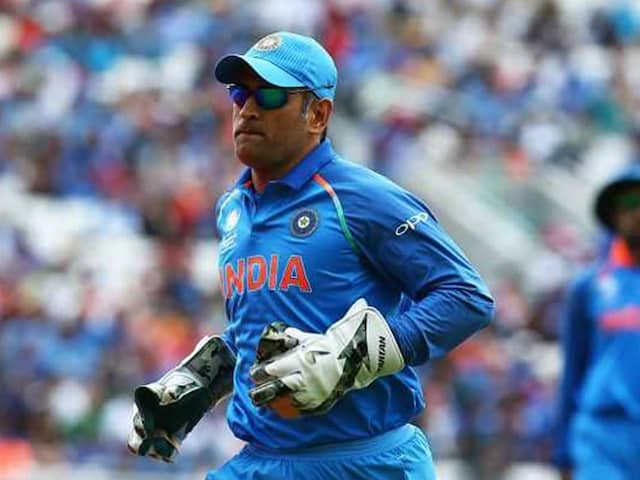 MS Dhoni's reply was caught on the stump microphone.© AFP

Mahendra Singh Dhoni is known for his calm and composed demeanour on the field. Be it big run chases or any crunch situation, MS Dhoni has an 'ice-cool' attitude which has turned the tables in India's favour on many occasions. But fans saw Dhoni's angry side too during the India vs Afghanistan match at Dubai Cricket Stadium on Tuesday. During the match, India's wrist spinner Kuldeep Yadav asked Dhoni to change the fielding but the 2011 World Cup winning captain was not ready to give the spinner his choice of fielding. In fact, Dhoni came with an epic one-liner and said: "bowling karega ya bowler change karein (Will you bowl or shall I change the bowler?)". Kuldeep didn't seem happy with his captain's reply and continued his spell.

Dhoni's reply was caught on the stump microphone.

The match against Afghanistan was Dhoni's 200th ODI as captain. He had last captained India in the ODI series against New Zealand.

Dhoni is one of India's most successful captains across all formats.

MS Dhoni Kuldeep Yadav Asia Cup 2018 Cricket
Get the latest Cricket news, check out the India cricket schedule, Cricket live score . Like us on Facebook or follow us on Twitter for more sports updates. You can also download the NDTV Cricket app for Android or iOS.