Steve Smith has scored 671 runs in the five innings he has played so far in the Ashes 2019 series. 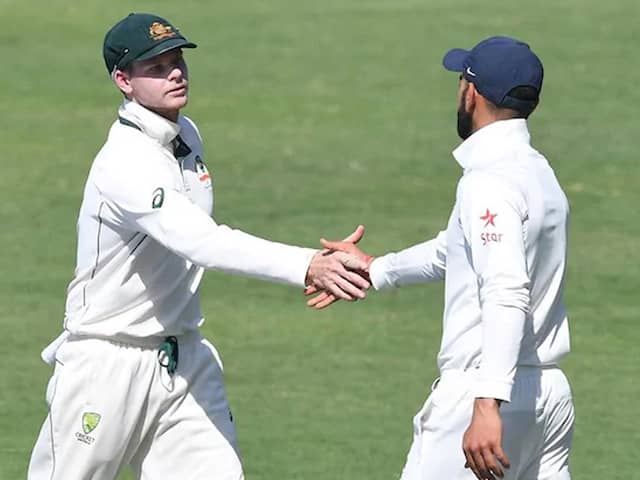 Steve Smith starred with a double-century and a 92-ball 82 as Australia beat England by 185 runs in the fourth Ashes Test to retain the urn and lead the five-match series 2-1 with a match to go. Steve Smith made an impressive comeback to the Test cricket after serving a 12-month ban for ball tampering, scoring 671 in five innings of the ongoing Ashes 2019. Australia coach Justin Langer didn't hesitate to rate Steve Smith above India captain Virat Kohli, who recently lost his top position in the ICC Test batsmen's rankings to the former Australia skipper.

"I thought Virat Kohli was the best batsman I've ever seen because of the way he plays in all forms, but Steve Smith... That's another level," Justin Langer told Sky Sports, as quoted by AFP.

"He's a great problem-solver. His hunger for the game, I've never seen anything like it," he added.

Langer was also full of praise for Pat Cummins, who ranks first in the ICC Test bowlers' rankings.

"We've got the best fast bowler in the world (Pat Cummins) and the best Test batsman in the world," Langer said.

Smith scored 211 runs off 319 balls, including 24 boundaries and two sixes, to take Australia to a confident first innings total of 497 for eight after opting to bat.

The 30-year-old right-hander followed it up with an 82-ball knock, which was graced by 11 boundaries, as Australia set a target of 383 for England to win the fourth Ashes Test.

Cummins claimed seven wickets in two innings for Australia, including two dismissals off two deliveries in the first over of England's chase in Manchester.

Steven Smith Cricket England vs Australia, 4th Test The Ashes 2019
Get the latest Cricket news, check out the India cricket schedule, Cricket live score . Like us on Facebook or follow us on Twitter for more sports updates. You can also download the NDTV Cricket app for Android or iOS.