Steve Smith Will Always Be Remembered As A "Cheat": Ex-England Pacer's Astonishing Remark

Steve Smith is having a phenomenal Ashes series but still gets hauled over coal for his role in the ball-tampering scandal in South Africa. 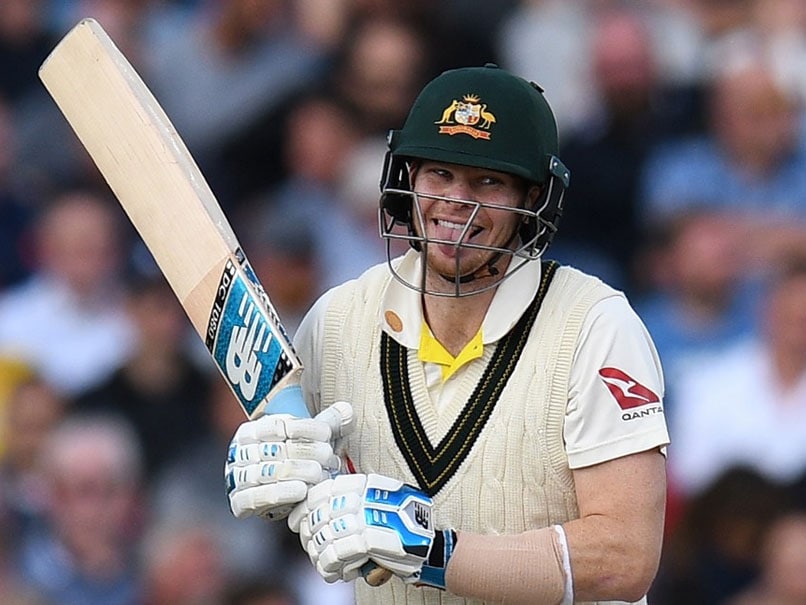 Steve Smith was the star of the show as Australia retained the Ashes by outclassing hosts England in the fourth Test at Old Trafford. Eighteen months on from the infamous ball-tampering scandal that almost ended up costing him his career, the former Australia captain yet again proved why he is regarded as arguably the best player in Test cricket. Even as Steve Smith was dishing out the painon the English bowlers in the Manchester Test, former fast bowler Steve Harmison was busy slating the Australian for his past transgressions.

In a scathing attack on Steve Smith, Steve Harmison astonishingly claimed that no matter what the Australian does, he will always be remembered for what happened in South Africa.

"I don't think you can forgive him," Harmison was quoted as saying by talkSPORT.

"When you're known as a cheat – and he is, I'm not going to sugar-coat it – that's on your CV. You're marked and you take it to the grave.

"Whatever Steve Smith does, he'll always be remembered for what happened in South Africa," said the 40-year-old, who after retiring from cricket even tried his hand at football management.

"That's something he's got to live with. I can't see anyone's opinion changing on Smith, Bancroft, or Warner – because they've tarnished the game."

Smith has managed to erase any doubts about whether he would be the same batsman following the traumatic events of the Cape Town Test that led to him being stripped of the Australia captaincy and a one-year ban.

Smith, who leapfrogged Virat Kohli to become the number one ranked Test batsman in the world, has been on a run-spree in the ongoing Ashes.

The right-hander scored 211 and 82 in the game to take his tally for the series to an astonishing 671 runs at an average innings of 134.2, including three hundreds, despite missing England's one-wicket win in the third Test at Headingley with concussion.

David Warner Cameron Bancroft The Ashes 2019 England vs Australia, 4th Test Cricket
Get the latest updates on ICC Women's Cricket World Cup 2022 and IPL 2022, check out the Schedule , Live Score and IPL Points Table. Like us on Facebook or follow us on Twitter for more sports updates. You can also download the NDTV Cricket app for Android or iOS.