Watch: Steve Smith Leaving The Ball Is One Of The Funniest Things You'll See

Steve Smith's unique style of leaving the ball is already well known but the Australian right-hander took it to a whole new level on Day 3 of the 2nd Ashes Test. 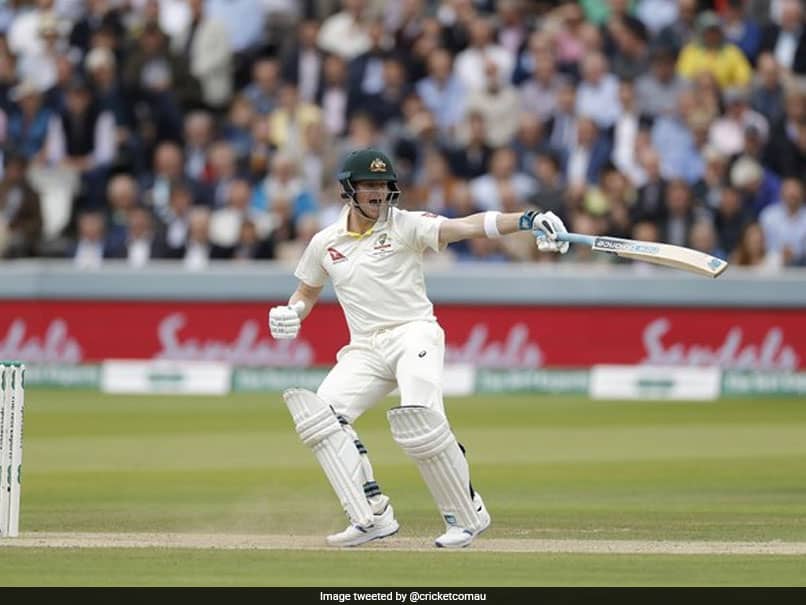 Steve Smith again frustrated the English bowlers, remaining unbeaten on 13 as Australia ended Day 3 of the 2nd Ashes Test on 80 for four -- trailing the hosts by 178 runs. England fast bowler Jofra Archer marked his Test debut with a wicket as Australia suffered a top-order collapse before rain cut short play. Steve Smith, fresh from twin hundreds at Edgbaston in his comeback Test following a 12-month ball-tampering ban, battled it out in tough conditions to keep the Aussies afloat. Not just his gritty batting but the mannerism in which the former Australia captain left the ball on Day 3 captured the imagination of cricket fans all over the world.

Smith's exaggerated movement while he is leaving the ball is already well known but the right-hander took it to a whole new level at Lord's.

He might not be an attractive looking batsman while playing but when Steve Smith leave deliveries like that you know he is a special talent. No better sight than this. #SteveSmith #Ashes #ENGvAUS #Ashes19 pic.twitter.com/AfeJOFrqF0

Fans came up with some hilarious memes after seeing Steve Smith bat on Day 3.

Steve Smith in between each delivery. #Ashes pic.twitter.com/p4ukpcYGje

Steve Smith is George Michael from AD in every way. Right down to the... #Ashes pic.twitter.com/ltfnUEeM0u

Steve Smith really has mastered the art of the leave. #Ashes2019 pic.twitter.com/lUnWC1NgWV

Australia lost three wickets for 11 runs en route to slumping to 80-4 when rain forced an early lunch on the third day of the second Test.

The 24.1 overs that took place in the morning session represented the only action on Friday, with persistent rain leading the umpires to eventually abandon play for the day at 5:22 pm local time (1622 GMT) in a match where Wednesday's scheduled first day had already been washed out without a ball bowled.

Archer, on the ground where he bowled the Super Over that saw England seal a World Cup final win over New Zealand last month, had fine figures of one wicket for 18 runs in 13 overs.

Stuart Broad led the way with 2-26 in 13 overs, while fellow seamer Chris Woakes chipped in with 1-27 in nine.

But Australia star batsman Steve Smith was still there on 13 not out, with Matthew Wade unbeaten on nought.

Jofra Archer The Ashes 2019 England vs Australia, 2nd Test Cricket
Get the latest updates on India vs Australia Series, check out the India vs Australia Schedule for 2020-21 and Ind vs Aus live score . Like us on Facebook or follow us on Twitter for more sports updates. You can also download the NDTV Cricket app for Android or iOS.