The 24.1 overs that took place in the morning session represented the only action on Friday. 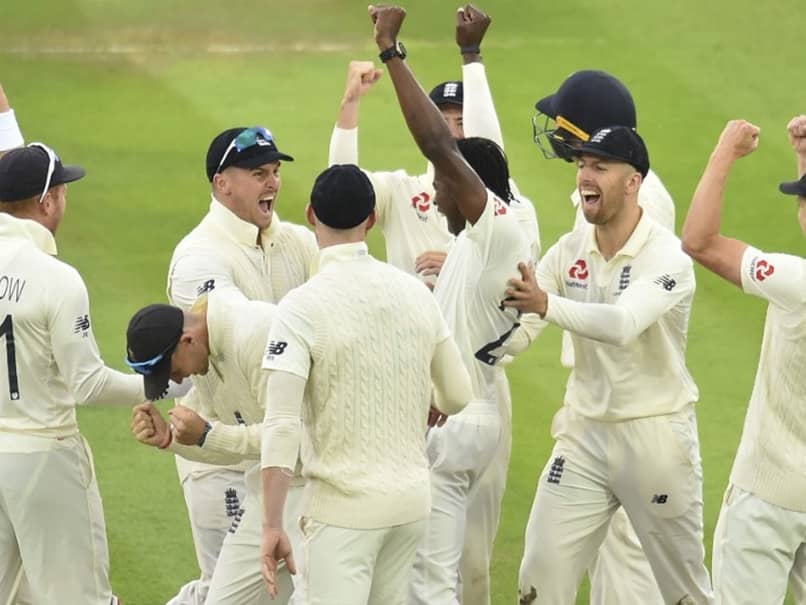 Jofra Archer marked his Test debut with a wicket.© AFP

England fast bowler Jofra Archer marked his Test debut with a wicket as Australia suffered a top-order collapse before rain cut short play at Lord's on Friday. Australia lost three wickets for 11 runs en route to slumping to 80-4 when rain forced an early lunch on the third day of the second Test. That left Australia 178 runs behind England's first-innings 258.

The 24.1 overs that took place in the morning session represented the only action on Friday, with persistent rain leading the umpires to eventually abandon play for the day at 5:22 pm local time (1622 GMT) in a match where Wednesday's scheduled first day had already been washed out without a ball bowled.

Archer, on the ground where he bowled the Super Over that saw England seal a World Cup final win over New Zealand last month, had fine figures of one wicket for 18 runs in 13 overs.

Stuart Broad led the way with 2-26 in 13 overs, while fellow seamer Chris Woakes chipped in with 1-27 in nine.

But Australia star batsman Steve Smith was still there on 13 not out, with Matthew Wade unbeaten on nought.

Australia, 1-0 up in the five-match series after their 251-run win in the first Test at Edgbaston, resumed on 30-1 having seen Broad dismiss David Warner cheaply for the third time in as many innings this series.

Play resumed under gloomy skies, the floodlights on at full beam, with conditions difficult for batting.

Cameron Bancroft was five not out and Usman Khawaja 18 not out following a lively opening spell by Archer, in for the injured James Anderson, England's all-time leading Test wicket-taker, late on Thursday.

But England altered the momentum with two wickets for no runs in four balls as Australia's 60-1 became 60-3.

Archer, topping speeds of 90 mph, had his first Test wicket when he nipped one back sharply to have Bancroft lbw for 13.

The 24-year-old Sussex paceman's celebrations were put on hold as the struggling opener reviewed.

But replays showing the ball would have clipped the top of the stumps meant Aleem Dar, equalling Steve Bucknor's record of 128 Tests umpired, saw his decision upheld.

There were some boos as Smith, fresh from twin hundreds at Edgbaston in his comeback Test following a 12-month ball-tampering ban, came into bat.

He could only watch as Woakes, with England at last bowling over the wicket to Khawaja, induced an outside edge to wicketkeeper Jonny Bairstow that saw the left-hander caught for 36.

Australia were 71-4 when Broad had Travis Head lbw for seven, although England had to review Dar's original not out verdict, with technology indicating the ball would have smashed into the left-hander's middle and leg stumps.

All-rounder Ben Stokes thought he had Edgbaston century-maker Wade lbw for a duck but the batsman's review revealed the ball had pitched outside leg stump.

Australia hold the Ashes but are bidding for their first Test series win away to England in 18 years.

England Cricket Team The Ashes 2019 Cricket England vs Australia, 2nd Test
Get the latest updates on IPL 2020, check out the IPL Schedule for 2020 and Indian Premier League (IPL) Cricket live score . Like us on Facebook or follow us on Twitter for more sports updates. You can also download the NDTV Cricket app for Android or iOS.