Justin Langer's backing could not have come at a better time for David Warner as he has failed to open his account in the last three innings. 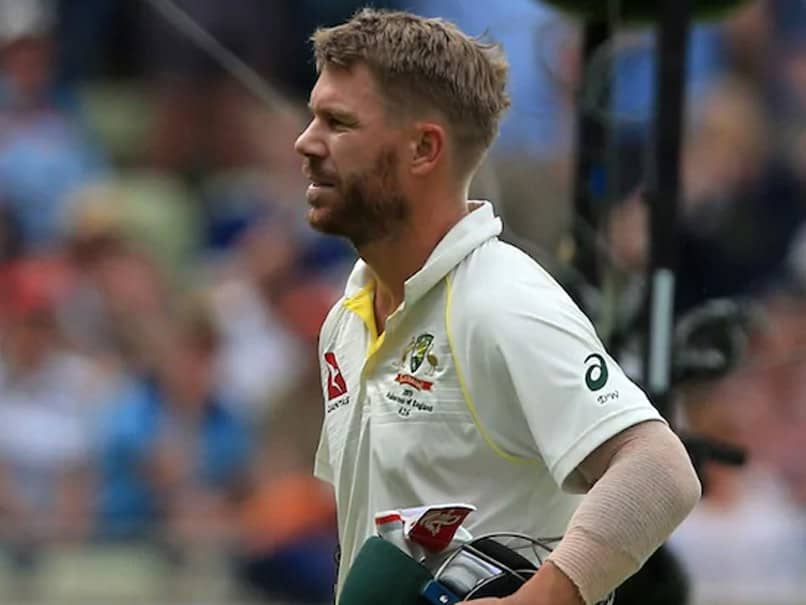 David Warner has failed to even open his account in the last three innings.© AFP

David Warner, who has failed terribly with the bat in the ongoing Ashes 2019, has got the backing of Australia head coach Justin Langer who acknowledged his importance and insisted that Warner's "one good innings will help Australia win the Ashes". Warner has managed to cross 50-run mark only once in the series in eight innings and Langer's backing could not have come at a better time for Warner as he has failed to even open his account in the last three innings.

"Davey hasn't had a great series, there's no secrets about that. But he's also a word-class player and I've said throughout the whole series, if Davey has one good innings it'll help us win the Ashes," Langer was quoted as saying by cricket.com.au.

Langer acknowledged that Warner, who was their star in the World Cup 2019, has not gone through such lean patch in his career before but expects him to find his mojo back in the fifth and the final Test, which will be played at The Oval, London beginning Thursday.

"He probably hasn't been through this lean run before, so it's going to be a good test of his character.

"But he's a match-winner and he's been brilliant around the group since he's been back (from suspension).

"He's been great, good for the crowds, good amongst the group.

"He hasn't got the runs he wants at the moment but jeez I'm looking forward to seeing it when he does, and there's no better place in the world to bat than The Oval," Langer added.

Despite Warner's failure at the top of the order, holders Australia have retained the Ashes urn after taking an insurmountable 2-1 lead in the five-Test series.

With this they have ensured that they do not return empty-handed from an away Ashes series for the first time in 18 years.

England Cricket Team England vs Australia, 5th Test
Get the latest updates on IPL 2020, check out the IPL Schedule for 2020 and Indian Premier League (IPL) Cricket live score . Like us on Facebook or follow us on Twitter for more sports updates. You can also download the NDTV Cricket app for Android or iOS.