David Warner Gets 'Sandpaper' Send-Off From Crowd At Edgbaston

David Warner, Cameron Bancroft and Steve Smith were in for a severe 'sandpaper' treatment from the crowd at Edgbaston, a reminder of the infamous ball-tampering incident in South Africa. 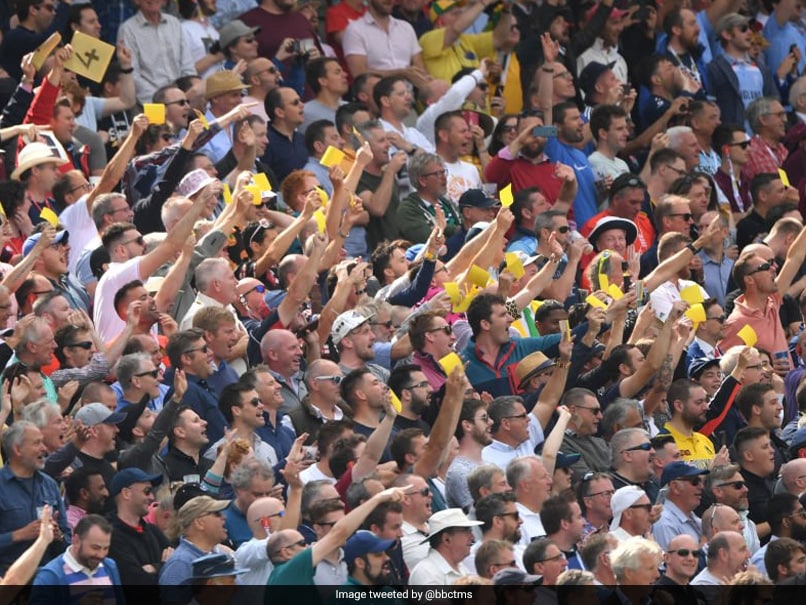 English crowd gave David Warner a send-off after he was dismissed for two by Stuart Broad.© Twitter

Ashes 2019 got underway at Edgbaston in Birmingham on Thursday and Australian captain Tim Paine won the toss and elected to bat in the first Test. David Warner, along with his opening partner Cameron Bancroft, were welcomed with an exceptional opening spell from James Anderson and Stuart Broad. Both the opening bowlers did not give easy run-scoring opportunities to the Australian pair and Stuart Broad eventually got past the defence of David Warner and trapped him in front of the wickets to send the left-hander back for just two runs.

As David Warner was walking off the field, the English crowd gave him a send-off by showing him sandpapers.

Australia have fielded all three players who were handed lengthy bans following their involvement in the ball-tampering scandal in South Africa back in 2018.

In the match, Stuart Broad got rid of both the openers as England tightened the screws early on the first day of the first Test match.

Australia currently hold the Ashes urn, however, they haven't beaten England in their backyard since 2001. England have won the last 11 international matches at the Edgbaston cricket ground in Birmingham.

David Warner The Ashes 2019 Cricket
Get the latest updates on ICC T20 Worldcup 2022 and CWG 2022 check out the Schedule, Live Score and Medals Tally. Like us on Facebook or follow us on Twitter for more sports updates. You can also download the NDTV Cricket app for Android or iOS.