ENG vs AUS Highlights, Ashes 2019: Steve Smith marked his return to Test cricket with a hundred before Australia were bowled out for 284 on the opening day of the Ashes series. 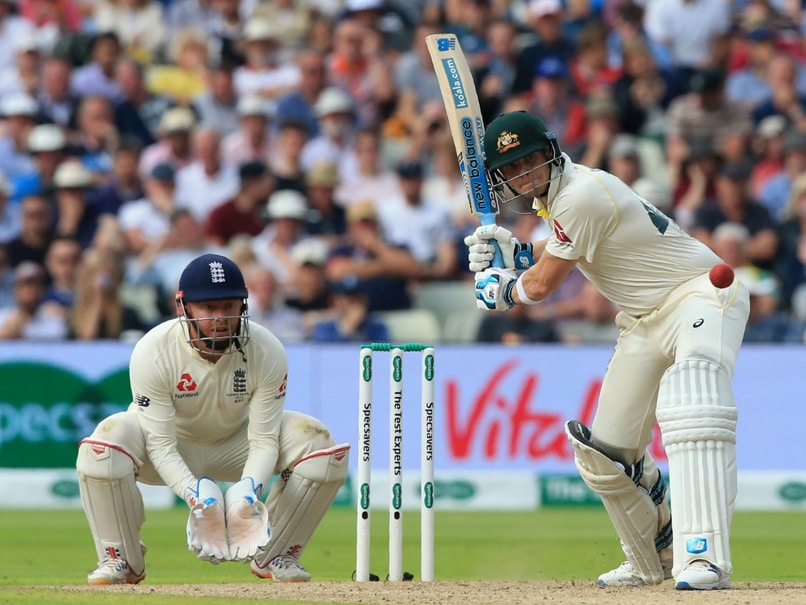 England Vs Australia Highlights: Steve Smith marked his return to Test cricket with a hundred.© AFP

England trail Australia by 274 runs as they finish Day 1 at 10/0. Earlier, Steve Smith marked his return to Test cricket with a hundred before Australia were bowled out for 284 on the opening day of the Ashes series against England at Edgbaston on Thursday. The former captain was playing his first match at this level since completing a 12-month ban for his role in a ball-tampering scandal in South Africa last year. Australia were struggling at 17/2 when Smith walked in to bat after current captain Tim Paine won the toss. And they were in dire straits at 122/8. But their last two wickets more than doubled the score before Smith was last man out for 144 -- his 24th Test century. Stuart Broad, who eventually bowled Smith, led England's attack with 5/86 in an innings in which 37-year-old spearhead James Anderson only managed four overs before leaving the field with a calf injury. Ashes-holders Australia are looking to win their first Test series away to England for 18 years. (Scorecard)

Australia Cricket Team The Ashes 2019 Cricket Live Score Live Cricket Score Live Blogs England vs Australia, 1st Test
Get the latest updates on IPL Auction 2023 and check out  IPL 2023 and Live Cricket Score. Like us on Facebook or follow us on Twitter for more sports updates. You can also download the NDTV Cricket app for Android or iOS.