The fans, who were reportedly seated near the boundary line where Archer was fielding had shouted: "Jofra, show us your passport." 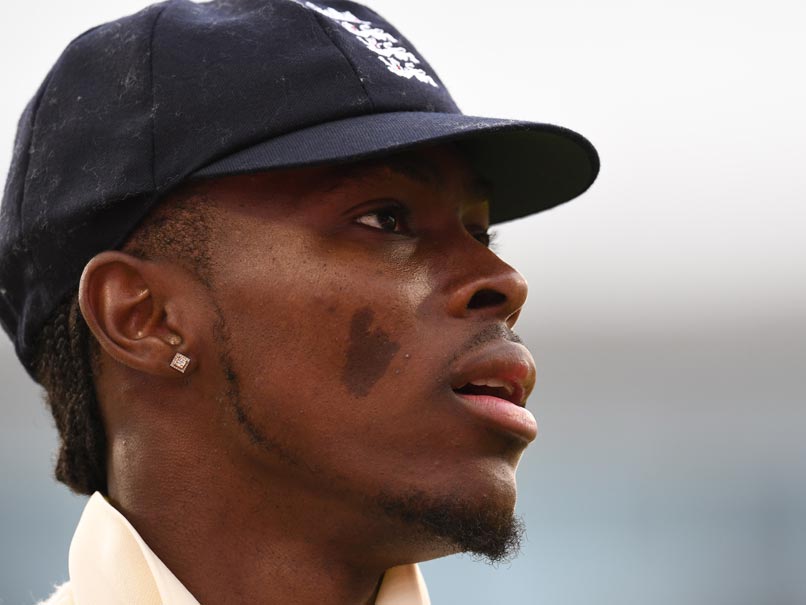 Jofra Archer failed to pick any wickets for England in the first innings.© AFP

Some Australian fans were evicted from the Old Trafford after they abused England pacer Jofra Archer, according to a report published in the newspaper The Sydney Morning Herald. The fans, who were reportedly seated near the boundary line where Archer was fielding had shouted: "Jofra, show us your passport." As their neighbours lodged a complaint about their abusive behaviour with the stadium authorities, they were asked to leave the ground immediately on Wednesday.

Archer however, didn't respond to their behaviour. The five match series is currently tied at 1-1 and a win for the visitors will ensure they retain the urn. While Australia won the first match and the second ended in a draw, England rode Ben Stokes heroics to win the third Test narrowly by a wicket in Headingley.

Steve Smith, coming back from concussion which forced him to sit out of the third Test, scored his 3rd double hundred in Test cricket on Wednesday in Manchester.

Smith's innings helped Australia post a mammoth first innings total of 497/8 decl which put them in the driver's seat.

Apart from Smith, skipper Tim Paine and Mitchell Starc, playing his first game in the series, also scored a half-century.

England got off to a poor start as they lost Joe Denly early, who was promoted to open the innings in place of Jason Roy.

At stumps on Day 2, Australia were in the commanding position as they finished Day 2 leading by 474 runs.

England finished the day's play at 23/1 with Rory Burns unbeaten on 15 while the nigh watchman Craig Overton batting on 3.

Old Trafford, Manchester The Ashes 2019 Cricket England vs Australia, 4th Test
Get the latest updates on IND vs NZ 2021, check out the Schedule and Live Score . Like us on Facebook or follow us on Twitter for more sports updates. You can also download the NDTV Cricket app for Android or iOS.