Virat Kohli gestured to Indian fans to leave Steve Smith alone, signalling them to applaud him at The Oval. 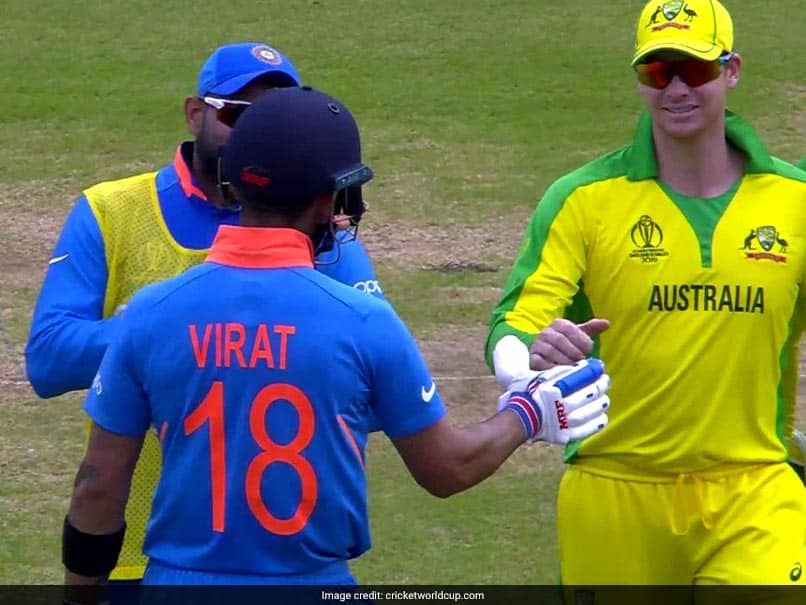 Virat Kohli came to the aid of Steve Smith who was being booed by the fans at The Oval.© Cricket World Cup

Virat Kohli is a genius with the bat in hand and few would say otherwise but he has been on the receiving end of not so kind words due to his combative attitude on the field. The Indian skipper, however, showed a different side to him on Sunday as India took on five-time world champions Australia in a World Cup 2019 league encounter. During India's innings, Steve Smith received a lot of stick from the Indian fans who continually booed him while he was fielding on the boundary. But incredibly, Virat Kohli stepped up to silence the majority Indian crowd at The Oval asking them to clap for the Australian instead.

Here is a clip of the incident that everybody is talking about:

With India fans giving Steve Smith a tough time fielding in the deep, @imVkohli suggested they applaud the Australian instead.

Wow. How good is this from Virat Kohli? Steve Smith is sent to field on the boundary, and immediately cops the most hideous boos from the Indian fans. So Kohli turns to that stand and gestures for them to clap Smith. #CWC19 pic.twitter.com/GBTPaolOXh

What a Brilliant Gesture From #ViratKohli Asks Indian Fans to Stop Booing Steve Smith & Cheer For him..

You won a Million Hearts Today.

Both Steve Smith and David Warner were banned for a year for their roles in the ball-tampering scandal. And ever since their return to the game, they have been subjected to jeers from the crowd.

The Australian duo had received a hostile reception during the warm-up game against England and that didn't change in Australia's World Cup 2019 opener against Afghanistan.

During the match against Afghanistan two fans even watched the game in Bristol from a balcony dressed as sandpaper in reference to the scandal last year in which Australia hatched a plot to use the material to alter the condition of the ball during a Test match in South Africa.

Leg-spinner Adam Zampa, who took three wickets in the game, said Australia were prepared for barracking from spectators throughout the tournament.

"We have spoken a bit how we are going to handle that situation," he said. "Obviously, we copped it in the warm-up game against England, too.

"But I think we are expecting it. And to be fair, I think everyone's handling it really well."

The Oval, London World Cup 2019 India vs Australia, Match 14 Cricket
Get the latest updates on IPL 2020, check out the IPL Schedule for 2020 and Indian Premier League (IPL) Cricket live score . Like us on Facebook or follow us on Twitter for more sports updates. You can also download the NDTV Cricket app for Android or iOS.