2019 ICC Cricket World Cup, IND vs AUS, Highlights: India defeated Australia by 36 runs to move up in the points table. 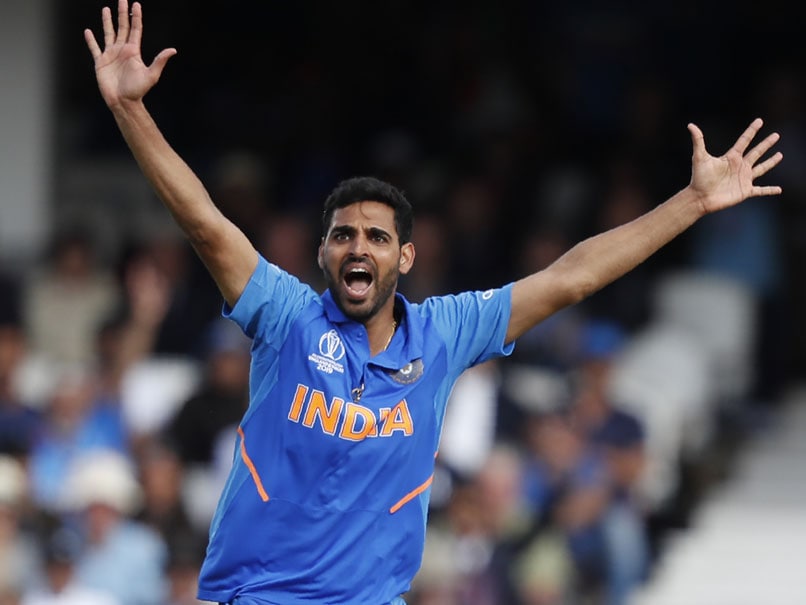 Following a century by Shikhar Dhawan, Jasprit Bumrah and Buvneshwar Kumar claimed three wickets each as India registered a 36-run win over Australia in the World Cup 2019 at Kennington Oval, London, on Sunday. Even though Australia rode on half-centuries by David Warner, Steve Smith and Alex Carey to cross the 300-mark, they fell 36 runs short of what could be a record chase at The Oval. Besides Bumrah and Bhuvneshwar, Yuzvendra Chahal impressed with two crucial scalps. India's second successive victory at the World Cup 2019 moved them up to the third spot in the points table. While New Zealand are on top with three wins in as many matches, England are second with a better net-run rate than India. Earlier, Dhawan top-scored with 117 runs, while Virat Kohli contributed with a 82-run knock as India posted 352 for five, a record ODI total in a World Cup match against Australia. Rohit Sharma scored a fine half-century to build a strong foundation for India. Dhawan led the Indian charge after captain Virat Kohli won the toss and batted -- a decision he said was a "no-brainer" given the sunny conditions in south London. (SCORECARD)

Rohit Sharma India vs Australia, Match 14 Live Blogs Cricket
Get the latest updates on IPL Auction 2023 and check out  IPL 2023 and Live Cricket Score. Like us on Facebook or follow us on Twitter for more sports updates. You can also download the NDTV Cricket app for Android or iOS.