Abhishek Bachchan, who is a Chelsea fan, replied to Harry Kane's tweet with an old image of Virat Kohli posing with a Blues' jersey. 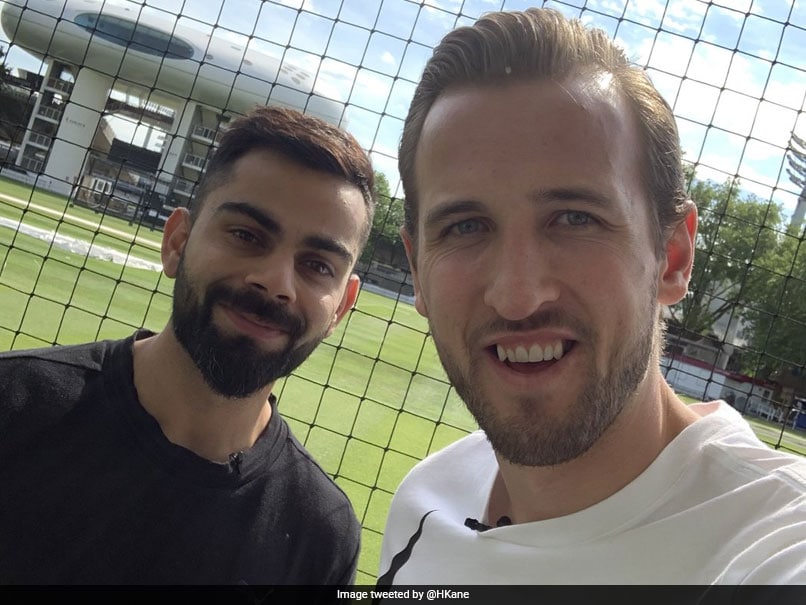 Virat Kohli, who is in England to participate in the upcoming Cricket World Cup, posed with Tottenham Hotspur star Harry Kane at the Lord's Cricket Ground on Friday. The England football team captain was quick to post a selfie with Kohli and wrote, "After a few tweets in the last couple of years good to finally meet @imVkohli. A great guy and a brilliant sportsman." Kohli also shared the same picture and wrore, "It was a pleasure meeting you @HKane and all the best for the finals."

It was a pleasure meeting you @HKane and all the best for the finals. pic.twitter.com/Axpb2apmDB

Kohli and Kane's posts sent sports fans into a frenzy but Bollywood actor Abhishek Bachchan saw it as an opportunity to take a friendly dig at the Indian skipper.

Abhishek Bachchan, who is a Chelsea fan, Tottenham's direct rivals, replied to Kane's tweet with an old image of Kohli posing with a Blues' jersey.

Back in 2014, Kohli himself had also posted the Chelsea image on his Facebook page, showing his love for the London-based football club.

The image was tweeted in September last year by the club's official handle.

It was great to welcome @imVkohli and @BCCI to Southampton last week! #saintsfc pic.twitter.com/6apz5IpQus

On the work front, Virat Kohli is all set to lead India for the first time in a World Cup, beginning on May 30 in England and Wales.

India will open their campaign against South Africa on June 5.

On the other hand, Kane, who has been out with an ankle injury, will hope to be fit to lead Spurs in the Champions League final against Liverpool on June 1.

England Harry Kane Football
Get the latest updates on Fifa Worldcup 2022 and check out  Fifa World Cup Schedule, Stats and Live Cricket Score. Like us on Facebook or follow us on Twitter for more sports updates. You can also download the NDTV Cricket app for Android or iOS.