Brian Lara feels Virat Kohli has changed the way the game is perceived not just by current players but also by future cricketers. 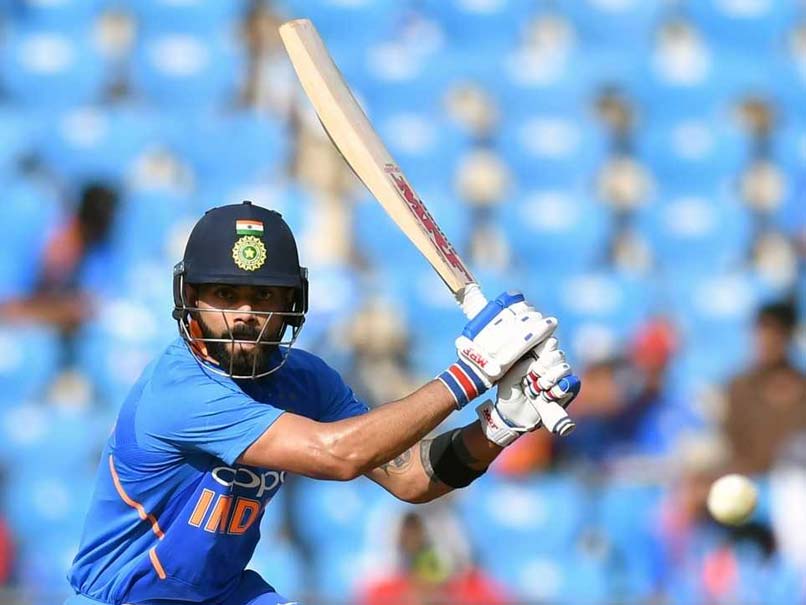 Virat Kohli will be the fulcrum of India's famed batting line-up during the upcoming World Cup.© AFP

Virat Kohli, the Indian skipper, will be the fulcrum of his team's famed batting line-up during the upcoming World Cup that begins on May 30 in England and Wales. Virat Kohli, arguably the best batsman in the world right now, will hold the key to India's chances in the quadrennial event where he is expected to cross 11,000 ODI runs and also add a few more hundreds to his tally of 41. Windies legend Brian Lara is also of the view that the India captain is not human and has changed the way the game is perceived not just by current players, but also by youngsters who want to go ahead and play for their countries in the future.

"He is a machine. He has brought a different cricketer to the table than what we were accustomed to back in the 80s and 90s. Fitness was always important, but it wasn't as important as it has become now. For the amount of cricket that is being played, you got to be physically fit. He is someone who spends time in the gym and shows working on your fitness is the key. He is pretty much a run-machine," Lara told IANS.

"A guy is going out and scoring runs almost every single time he goes out to bat. Sachin Tendulkar to me is one of the greatest of all times and he had his opportunity and he left a great legacy so I wouldn't want to compare the two. But Kohli is a special talent and is a great example for all the young and upcoming cricketers," he pointed.

Although this will be the third World Cup for Virat Kohli but it will be the first time that he will be leading the team and Lara believes that India's all-round bowling attack will give them a good chance to go all the way this time.

Jasprit Bumrah, one of the best pace bowlers in the world right now, will be Virat Kohli's go-to man in the tournament.

While the bastmen are still finding ways to get the better of Jasprit Bumrah, Windies legend Brian Lara has come up with a solution. The batting maestro said that rather than counter-attacking the star pacer, he would unsettle Bumrah by constantly rotating the strike. "First of all, if I was facing him, I would look to get off the strike (laughs). He is very good and someone who has an awkward action. Batsman have to keep their eyes on him and I would maybe try to apply pressure on him by rotating the strike. He is one of India's best bowlers and then maybe you can look at other areas to get runs from," Lara told IANS.

Brian Lara, who has batted against the likes of Allan Donald, Glenn McGrath and Wasim Akram among others, believes that not giving the India pacer the opportunity to settle down in line and length can be the key to succeed against him.

"I don't believe counter attacking against such a good bowler is a great idea. He might have a one-off bad day and then batsmen can capitalise but generally he has had very good days. I think I would look to pay that respect," he explained.

Jasprit Bumrah World Cup 2019 Cricket
Get the latest updates on IPL Auction 2023 and check out  IPL 2023 and Live Cricket Score. Like us on Facebook or follow us on Twitter for more sports updates. You can also download the NDTV Cricket app for Android or iOS.