Some fans believe it is an indication that Pakistan will repeat their 1992 World Cup history. 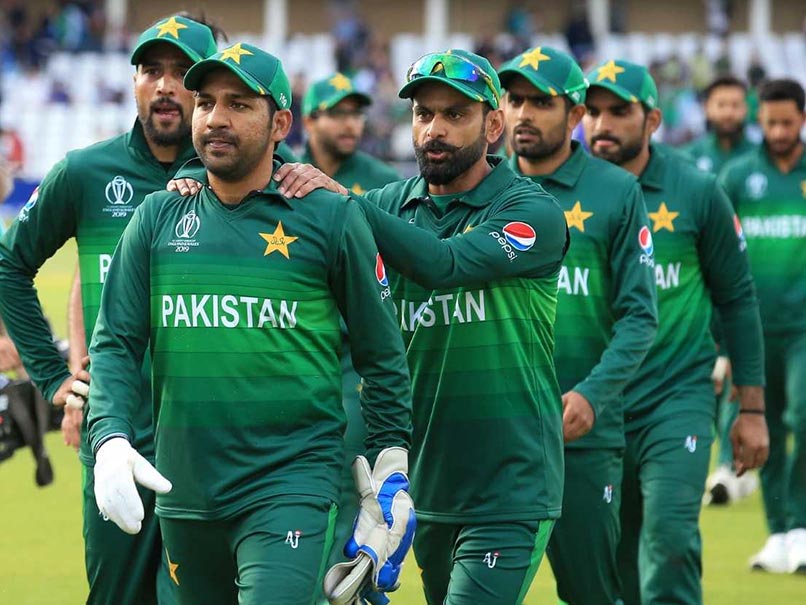 Sarfaraz Ahmed's Pakistan have not made the greatest start to their World Cup 2019 campaign but it co-incidentally replicates to their 1992 World Cup triumph. With the match against Sri Lanka on Friday at the County Ground in Bristol abandoned, Pakistan have now accounted for a loss, a win and a match which had no result in the World Cup 2019. In a similar round-robin format during the 1992 World Cup, Pakistan lost their first match against the West Indies, before winning against Zimbabwe while their third match against England was called-off.

Pakistan's early show in the World Cup 2019 has left the fans amused with some calling it interesting and others cautioning teams not to take the Sarfaraz Ahmed-led side lightly.

Some fans also believe it is an indication that Pakistan will repeat their 1992 World Cup history.

However, its about to time to tell, which one of the fans prediction comes out on top.

Till then enjoy the engaging tweets and prediction from fans here:

A defeat, victory and then a washout - just like in 1992.Pakistan scores points in same manner as in 1992 when it had won the World cup and the only time round robin league method was followed as being played now...Would Pakistan recreate history?

Back in 1992, after getting thrashed by West Indies in their first match of the World Cup, Pakistan batted first in their second match, and their win was set up by a left-handed opener scoring a century.Just saying... #ENGvPAK

Back in 1992, after getting thrashed by West Indies in their first match of the World Cup, Pakistan batted first in their second match, and their win was set up by a left-handed opener scoring a century.Just saying... #ENGvPAK

Coincidentally,Pakistan's third game 1992 was Also a wash out,Against England when
Pakistan was bowled out for 74 SO bristol Pakistan world cup game Against sirlanka Also being washed out today so I'm seeing the same scenario as repeat of 1992 world cup pic.twitter.com/wAA3oZ2sYi

In 1992 world cup,
Pakistan lost their first match,won 2nd and 3rd was washed off...
History is repeating itself... Watch out for Pakistan" pic.twitter.com/44AAzGCHCO

If this logic was applied....pakistan wouldnt have gone to win the world cup 1992...

What a coincidence , 3rd match of pakistan in world cup 1992 , was also drawn due to rain.
I hope , match will be started very soon & we will win. #PAKvSL

Pakistan will play their next match against Australia in the World Cup 2019 at The Cooper Associates County Ground in Taunton on Wednesday.

Pakistan had lost their fourth match in the 1992 World Cup, which was against arch-rivals India by 43 runs.

However, Sarfaraz Ahmed has confident in his team to do well against the defending champions.

"We wanted to play the match, unfortunately we couldn't do anything. We'll take one point before the Australia match. Momentum was very high after the England match. Unfortunately, we didn't play today. We have a confident side so hopefully we'll do well against Australia," Ahmed said after the Pakistan vs Sri Lanka match was called off.

Pakistan currently sit fourth on the World Cup 2019 points table with three points to their name.

Sarfaraz Ahmed Cricket
Get the latest updates on ICC T20 Worldcup 2022 and CWG 2022 check out the Schedule, Live Score and Medals Tally. Like us on Facebook or follow us on Twitter for more sports updates. You can also download the NDTV Cricket app for Android or iOS.