World Cup 2019: Rain Washes Out Pakistan-Sri Lanka Match, Both Teams Get A Point Each

The match between Pakistan and Sri Lanka was abandoned without a ball being bowled on Friday after persistent rain in Bristol. 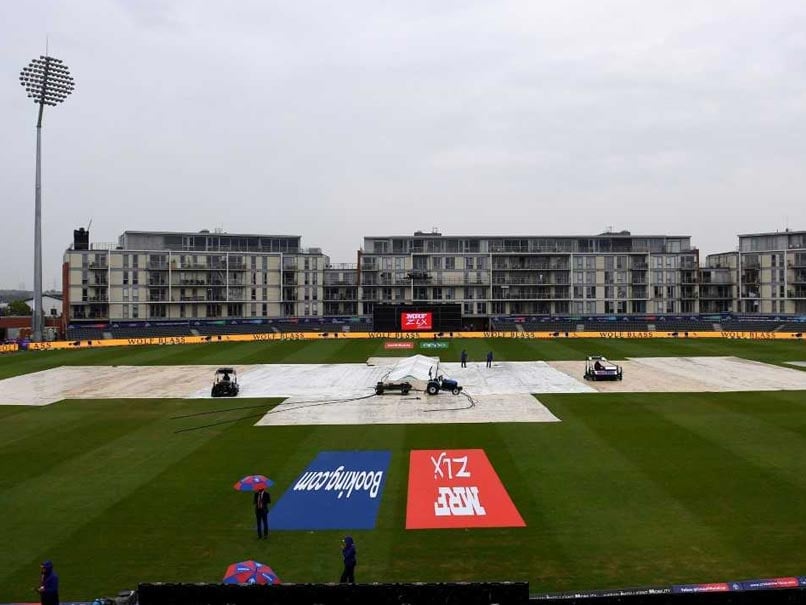 Pakistan and Sri Lanka both got a point each after their match was washed out by rain.© AFP

The World Cup 2019 match between Pakistan and Sri Lanka was abandoned without a ball being bowled on Friday after persistent rain in Bristol. The game was scheduled to begin at 3:00 pm but was eventually called off in the afternoon, with both teams being awarded a point. It is the first match at the World Cup in England and Wales to be abandoned without a result. Both teams now have three points, with one win and a loss apiece.

It was a blow to Pakistan's bid to reach the semi-finals and Sarfaraz said: "As a team we really wanted to play this match, especially after gaining momentum with the win against England. It is unfortunate that we were not able to play.

"Our next match is against Australia. Like other teams in the tournament they are also a tough opponent and they also have momentum as they have won their first two matches."

Pakistan lost to the West Indies by seven wickets at Trent Bridge before beating England by 14 runs at the same venue on Monday.

Sarfaraz remains confident Pakistan can still push for a last-four place in the 10-team tournament despite the Sri Lanka washout.

"We have great team spirit and our confidence is on a high after the win against England," he said.

Sri Lanka crashed to a 10-wicket defeat against New Zealand before pulling off a 34-run win against Afghanistan in a rain-affected game.

The call-off upset fans who had travelled to watch the game.

"We came from Lahore to watch this match and it proved a damp squib," said Farhan Malik.

"We lost a crucial point because we were sure of beating Sri Lanka."

County Ground, Bristol World Cup 2019 Cricket Pakistan vs Sri Lanka, Match 11
Get the latest updates on ICC Women's Cricket World Cup 2022 and IPL 2022, check out the Schedule , Live Score and IPL Points Table. Like us on Facebook or follow us on Twitter for more sports updates. You can also download the NDTV Cricket app for Android or iOS.