World Cup 2019: The video received admiration from fans across the globe, but many decided to troll Mohammad Shahzad for his hilarious moves. 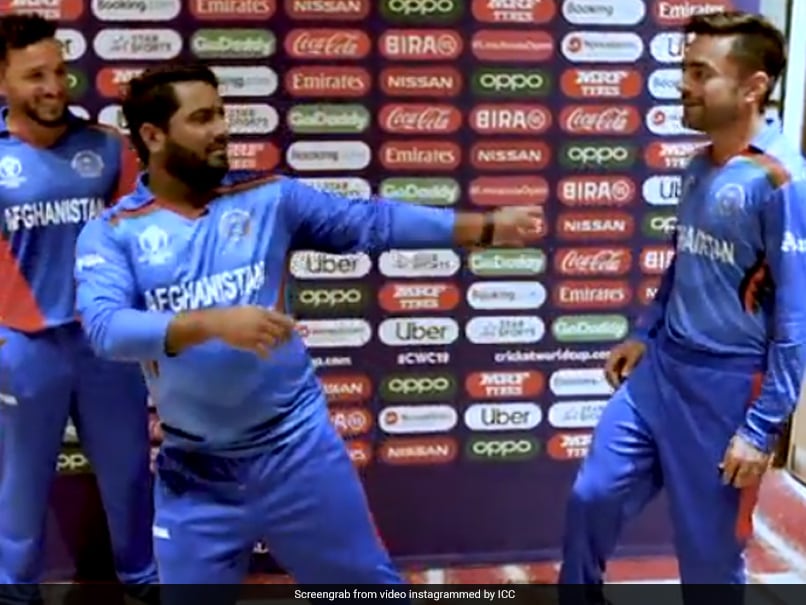 Afghanistan lost to Sri Lanka by 34 runs via Duckworth-Lewis-Stern method in Cardiff on Tuesday, though the International Cricket Council (ICC) has termed them "clear favourites" for the World Cup 2019 as far as the "fun" factor is concerned. "If the @cricketworldcup was awarded to the team that has the most fun, the @afghanistancricketboard would be clear favourites," the ICC captioned the Instagram video, in which wicketkeeper-batsman Mohammad Shahzad and spinner Rashid Khan are seen shaking a leg on a Bollywood song.

If the @cricketworldcup was awarded to the team that has the most fun, the @afghanistancricketboard would be clear favourites #CWC19 #Cricket #Afghanistan #AfghanAtalan

Leaving fans in splits with his peculiar dance moves, Mohammad Shahzad even hit Afghanistan skipper Gulbadin Naib in fun and asked him to join.

The video received admiration from fans across the globe, but many decided to troll Shahzad for his hilarious moves.

"He dances in a very funny mood not thinking of what others would say !!! Best video I saw today.. funny but loved it," a user commented on the Instagram post.

"No Offence to Shahzad , but It is the next step of Famous Anaconda Dance," the other one joined in.

Another fan commented: "Rashid is so cute".

On Tuesday, Afghanistan's hopes of a World Cup victory was shattered by Sri Lanka bowlers Nuwan Pradeep and Lasith Malinga.

Afghanistan, bidding for just their second win in a World Cup match and their first over a Test nation were in command halfway through a gloomy day in Cardiff after dismissing Sri Lanka for 201.

But faced with a rain-revised target of 187 in 41 overs, their batting let them down again as they were bowled out for 152.

Afghanistan Rashid Khan Mohammad Shahzad World Cup 2019 Cricket Afghanistan vs Sri Lanka, Match 7
Get the latest updates on ICC T20 Worldcup 2022 and CWG 2022 check out the Schedule, Live Score and Medals Tally. Like us on Facebook or follow us on Twitter for more sports updates. You can also download the NDTV Cricket app for Android or iOS.