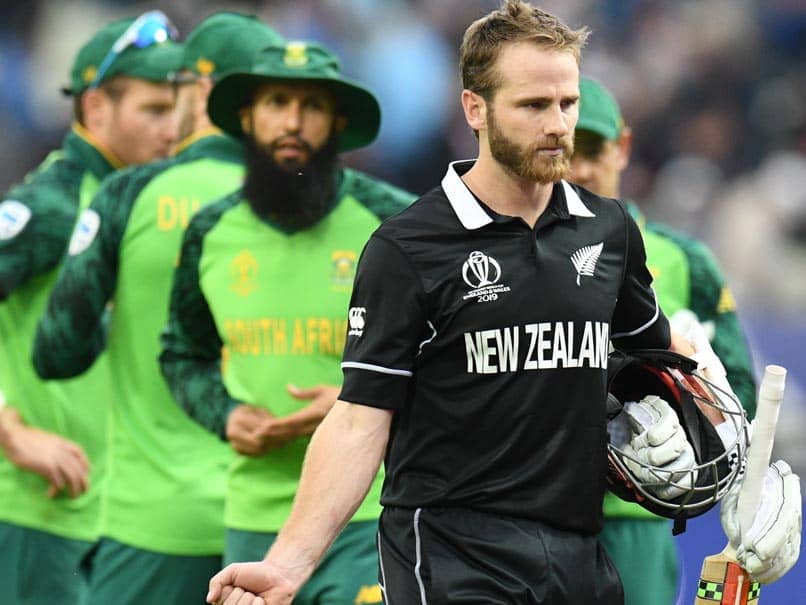 He further asked, "If Kane Williamson was Mankad after he didn't walk. Would he be upset".

If Kane Williamson was Mankad after he didn't walk. Would he be upset

Even though New Zealand looked confident for victory since the start, South Africa missed an opportunity that could turn their fortune.

In Imran Tahir's 38th over, South Africa handed Williamson and De Grandhomme a reprieve each, letting their must-win match slip away.

While David Miller missed a couple of tough chances -- one each against Williamson and Grandhomme in Tahir's over, South Africa failed to notice a faint edge off Williamson's bat in the final ball of the over to wicket-keeper Quinton de Kock.

South Africa did not request a review, only for replays to show a nick.

"We weren't aware of it. I think I was at long on at the time, and Quinny is the closest to the action. He's always my go to man," South Africa captain Faf du Plessis said, when asked about the reprieve.

"I just thought it was a plain miss. I just heard about it now at the post match that he said he had a nick on it. But even Kane said he didn't know he had to fine tune it. He would have referred it. But that's not where the game was won and lost," Du Plessis added.

Edgbaston, Birmingham World Cup 2019 Cricket New Zealand vs South Africa, Match 25
Get the latest updates on India vs England Series, India vs England , live score and IPL 2021 Auction . Like us on Facebook or follow us on Twitter for more sports updates. You can also download the NDTV Cricket app for Android or iOS.