MS Dhoni, who didn't come to bat in India's win in Leeds, was seen shaking a leg with daughter Ziva in his birthday party. 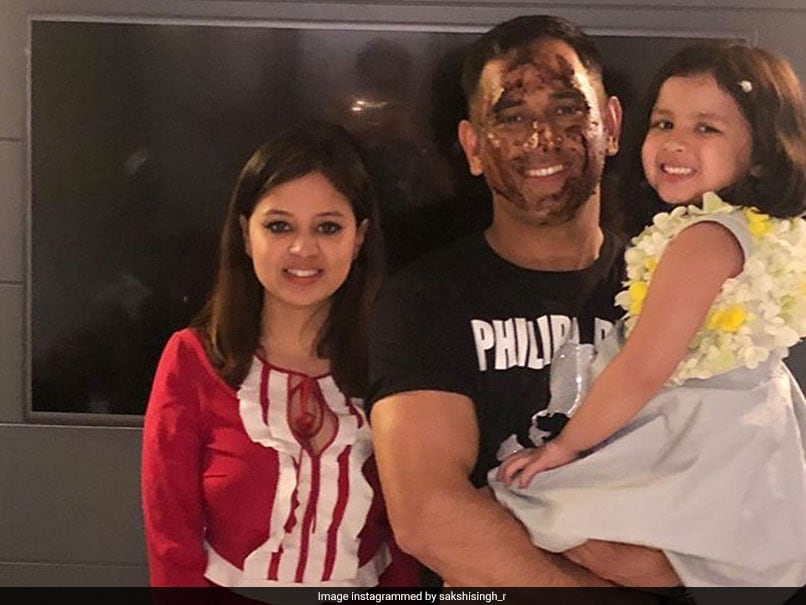 MS Dhoni celebrated his 38th birthday with wife Sakshi and daughter Ziva, along with some of his India teammates in a party on Sunday. All-rounders Kedar Jadhav and Hardik Pandya were spotted in pictures, celebrating MS Dhoni's birthday after India's seven-wicket win over Sri Lanka at Headingley in Leeds on Saturday. MS Dhoni, who didn't come to bat in India's chase of 265, was seen shaking a leg with daughter Ziva in his birthday party. The video went viral in no time, with fans pouring in wishes for the former India captain from across the globe.

Sakshi Dhoni shared a couple of pictures from the celebration on Instagram, along with a video of MS Dhoni's cake cutting ceremony.

Dhoni is currently playing for Team India in the ongoing World Cup 2019. After leading India to their second World Cup title in 2011, the wicketkeeper-batsman is guiding the young talent under the captaincy of Virat Kohli.

India have won seven out of nine matches, including a washed out game against New Zealand, to seal the top position in the points table.

The table-toppers will now take on fourth-placed New Zealand in the first semi-final at Old Trafford in Manchester on Tuesday.

Defending champions Australia, who lost their last league stage match to South Africa, will face hosts England in a blockbuster semi-final at Edgbaston, Birmingham, on Thursday.

Dhoni has scored 223 runs in seven games at a decent strike rate of 93 plus in the ongoing World Cup.

While many critic believe Dhoni might retire after the World Cup, the former India skipper was reportedly quoted to be in no mood to hang his boots anytime soon.

Hardik Pandya World Cup 2019 Cricket Sri Lanka vs India, Match 44
Get the latest updates on ICC T20 Worldcup 2022, check out the Schedule and Live Score. Like us on Facebook or follow us on Twitter for more sports updates. You can also download the NDTV Cricket app for Android or iOS.