MS Dhoni told ABP News that he was not sure when he is retiring from the sport but few people wanted him to retire before India's next World Cup game. 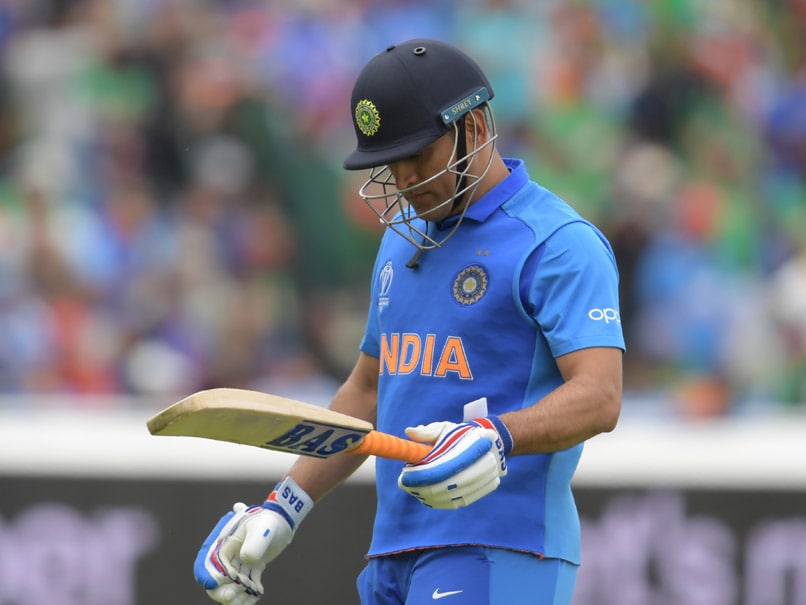 MS Dhoni is receiving a lot of criticism for his batting approach in the ongoing World Cup 2019, though India's 2011 World Cup-winning captain is in no mood to hang his boots, ABP News' cricket website wahcricket.com reported on Friday. According to the report, MS Dhoni told ABP News that he was not sure when he is retiring from the sport but some people want him to retire before India's next World Cup game against Sri Lanka. The two Asian rivals face off in their last World Cup 2019 league stage match at Headingley in Leeds on Saturday.

"I don't know when I will retire. But a lot of people want me to retire before tomorrow's game," Dhoni told ABP News.

If India qualify for the finals and go on to win the World Cup on July 14 at the Lord's, it would be ideal setting for a fitting farewell to one of the legends of Indian cricket.

"You never know with MS Dhoni. But it is unlikely that he will continue to play for India after this World Cup. But since his decisions to quit captaincy from the three formats have been taken so suddenly, it is very difficult to predict at the moment," a senior BCCI official told PTI on condition of anonymity.

The current selection committee, which is likely to stay till the October AGM, will obviously start the changeover process looking at the ICC World T20 in Australia next year.

When the new selection committee takes over from the incumbents, the possible replacements for the shorter formats will be identified with reasonable time left for the World T20s.

However, with India qualifying for the semi-finals at the World Cup here, neither the team management nor the BCCI wants to talk about sensitive issue.

Dhoni has scored 223 runs in seven games at a decent strike rate of 93 plus if one goes by the scorecards but what they don't reflect is his inability to rotate the strike and strike big.

MS Dhoni World Cup 2019 Cricket Sri Lanka vs India, Match 44
Get the latest updates on SA vs IND 2021-22, check out the Schedule and Live Score . Like us on Facebook or follow us on Twitter for more sports updates. You can also download the NDTV Cricket app for Android or iOS.