MS Dhoni has scored 223 runs in seven matches of the ongoing World Cup 2019 so far. 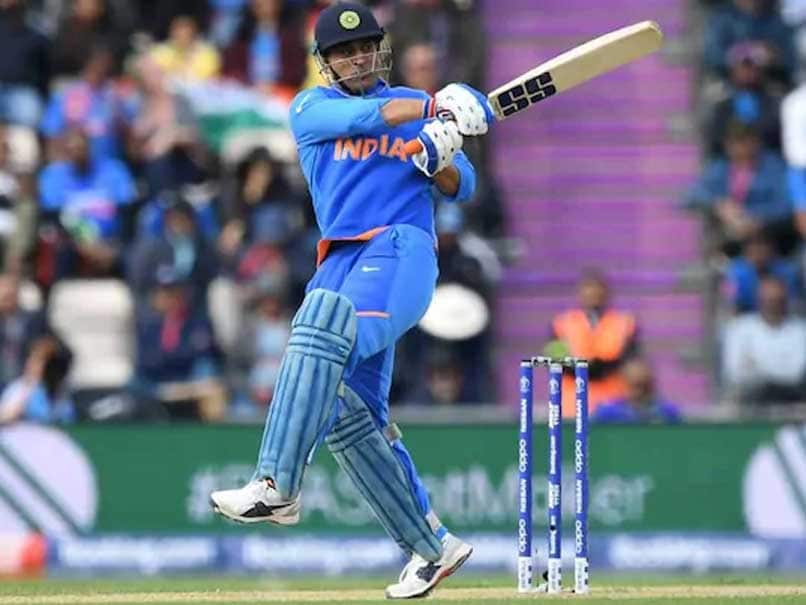 MS Dhoni has won all major cricketing accolades that one can achieve.© AFP

MS Dhoni has been arguably the most successful Indian captain in the history of the Indian cricket. MS Dhoni has won every major ICC tournament for the country and is still contributing to the team's success. India captain Virat Kohli has himself said on numerous occasions that MS Dhoni is an integral part of the squad. The 37-year-old wicketkeeper-batsman will celebrate his 38th birthday on Sunday. Ahead of the former India captain's birthday, the International Cricket Council (ICC)  shared a video on their Twitter handle and lavished praise on MS Dhoni, crediting him for changing the face of Indian cricket.

"A name that changed the face of Indian cricket. A name inspiring millions across the globe. A name with an undeniable legacy. MS Dhoni - not just a name!#CWC19 | #TeamIndia," ICC wrote.

Dhoni has won all major cricketing accolades that one can achieve. He is the only international captain to have won the ICC 50-over World Cup, T20 World Cup and the Champions Trophy. He even led India to the number one ranking in both Test and ODI formats.

In the clip, tweeted by ICC, Indian skipper Virat Kohli and bowler Jasprit Bumrah are seen recalling how Dhoni influenced their cricketing skills.

"What you see from the outside is very different from how things happen within a person. He's always calm and composed, there's so much to learn from him. He was my captain and he will always be my captain. Our understanding has always been brilliant. I am always up for listening to his advice," Kohli said.

"When I came to the team in 2016, he was the captain. He's a calming influence on the team and he's always there to help," Bumrah said.

As the video begins, England wicket-keeper batsman Jos Buttler calls Dhoni "Mr. Cool" and says the cricketer has been his idol.

"Obviously a fellow wicket-keeper, he has been my idol growing up. Mr Cool, I love his persona on the field, he has got lightning fast hands behind the stumps, he looks very calm when he bats. He is a huge ambassador for the game and I am a huge MS Dhoni fan, Jos Buttler says in the video.

England all-rounder Ben Stokes heaped praise on Dhoni and said no one will ever be as good as him. Stokes had played alongside Dhoni for the Indian Premier League franchise Rising Pune Supergiants.

"One of the greats of the game, phenomenal wicket-keeper. I don't think anyone will be as good as him," Stokes said.

Considered as India's best finisher, Dhoni has been facing severe criticism for his baffling batting approach against England in the World Cup match on June 30. The player was not able to strike big blows in the match against Bangladesh as well.

So far, Dhoni has 223 runs in the tournament and is hoped to spring a good performance with the bat against Sri Lanka.

India take on Sri Lanka at Leeds on Saturday.

MS Dhoni World Cup 2019 Cricket Sri Lanka vs India, Match 44
Get the latest updates on ICC T20 Worldcup 2022, check out the Schedule and Live Score. Like us on Facebook or follow us on Twitter for more sports updates. You can also download the NDTV Cricket app for Android or iOS.