Mohammad Nabi thinks that the experience of playing in the UK would stand them in good stead. 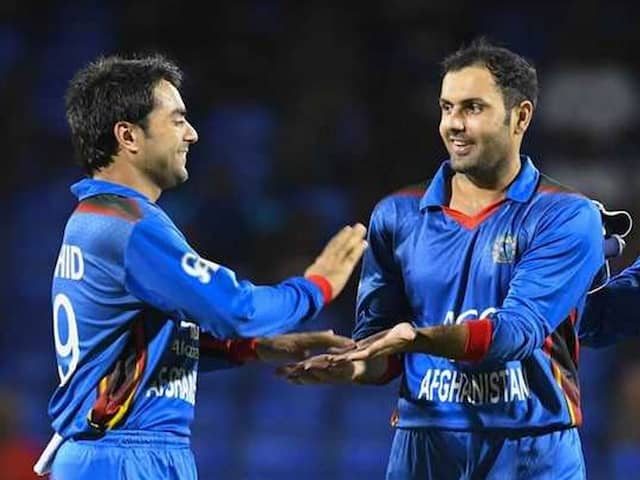 Afghanistan's senior all-rounder Mohammad Nabi states that with the effective mix of spinners they have at their disposal - Rashid Khan, Mujeeb Ur Rahman, and himself - Afghanistan have the ability to put some pressure on the higher-ranked teams at the ICC World Cup 2019. He attributes this to their experiences in playing in the UK and impressive performances for their franchises in the high-stakes Indian Premier League (IPL).

Nabi and Rashid Khan participated in the T20 Blast, held in England and Wales, representing Leicestershire Foxes and Sussex Sharks respectively, while Mujeeb is going to represent Middlesex in the forthcoming season.

Nabi said "(it) was a great experience for us and was of big help. Rashid and I bowled really well and he also batted well. We will quickly get adjusted to the conditions there hopefully".

While Rashid Khan is Afghanistan's strike bowler and expected to take a chunk of the wickets, Nabi can build the burden on the opposition by adding the dot balls. Mujeeb is known to be expedient during the initial Powerplay overs, where he can restrain the run-scoring of the opposition, while also taking wickets.

"Ours is a good combination because Rashid and Mujeeb are wicket-taking bowlers and I am more defensive, bowling a lot of dot balls," states Nabi.

Majority of the Afghanistan cricket team are currently preparing for the World Cup at a training camp in South Africa, while Mohammad Nabi, Rashid Khan and Mujeeb Ur Rahman are coming up with notable performances in IPL 2019. While Nabi and Rashid Khan play for the SunRisers Hyderabad, Mujeeb plays for the Kings XI Punjab.

With the degree of quality and competition that is witnessed during the IPL, Nabi feels that it provides the perfect platform to get used to high-pressure situations, which might prove to be useful in the World Cup.

"The IPL helps a lot," Nabi said. "If you play these kinds of pressure games before the World Cup it will help a lot in the tournament against top opposition teams."

Afghanistan World Cup 2019 Cricket
Get the latest Cricket news, check out the India cricket schedule, Cricket live score . Like us on Facebook or follow us on Twitter for more sports updates. You can also download the NDTV Cricket app for Android or iOS.