Jason Roy has been fined for breaching Level One of the ICC Code of Conduct. 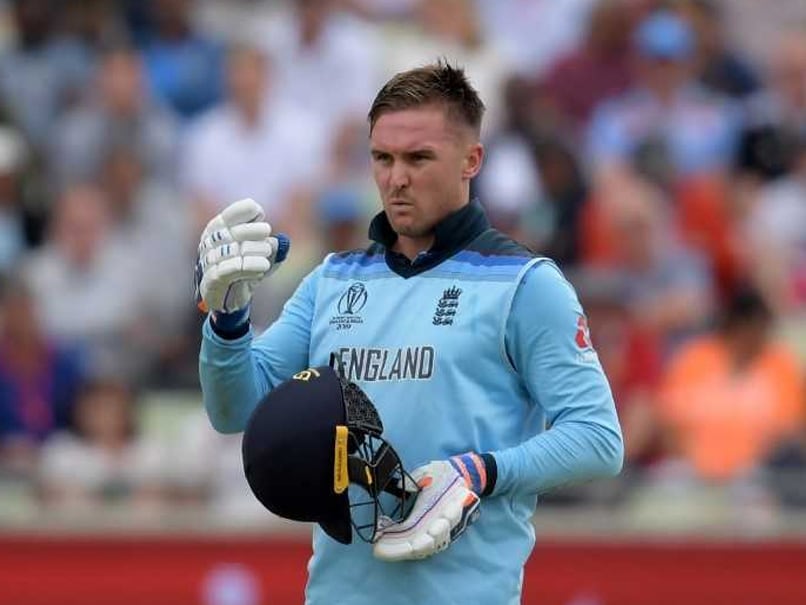 Jason Roy has been fined 30 percent of his match fee after admitting the offence and sanction.© AFP

England batsman Jason Roy has been fined for breaching Level One of the ICC Code of Conduct during England's eight-wicket win over Australia at Edgbaston in Birmingham on Thursday. Roy's 85 in England's chase of 224 helped the tournament hosts reach their first World Cup final in 27 years. However, the right-hander was found guilty of breaching Article 2.8 of the ICC Code of Conduct for Players and Player Support Personnel after showing dissent to the umpire upon his dismissal in the 19th over of the innings.

Jason Roy had made 85 to set England well on their way to a victory target of 224 against the reigning champions when Australia appealed for a catch down the legside by wicketkeeper Alex Carey off fast bowler Pat Cummins.

Eventually, a clearly unhappy Roy, whose tirade prompted television broadcasters to apologise for his foul language, made his way back to the pavilion, with England 147 for two in the 20th over.

Jason Roy World Cup 2019 Cricket Australia vs England, 2nd Semi Final
Get the latest updates on ICC T20 Worldcup 2022, check out the Schedule and Live Score. Like us on Facebook or follow us on Twitter for more sports updates. You can also download the NDTV Cricket app for Android or iOS.