Michael Vaughan's advice to Australia's bowlers did not go well with Adam Gilchrist. 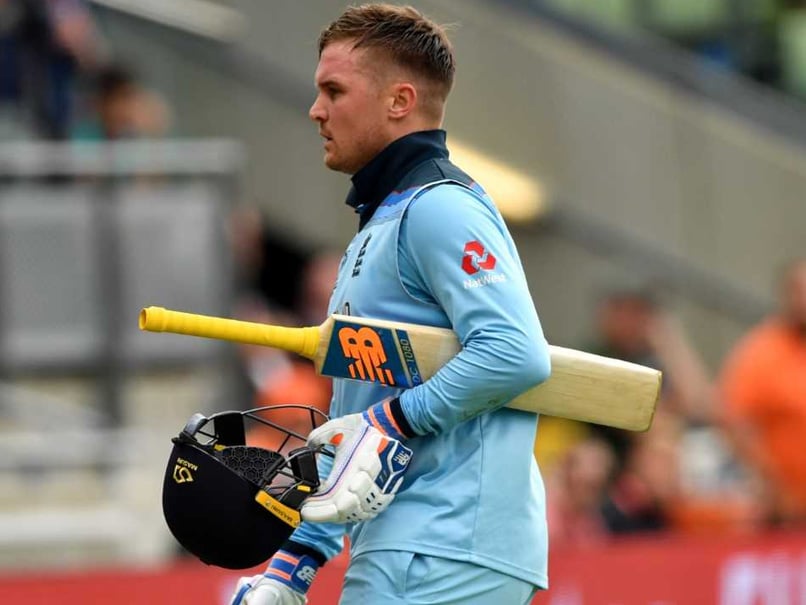 Jason Roy was given out in a controversial manner in the second semi-final of World Cup 2019.© AFP

England defeated Australia by eight wickets at Edgbaston in Birminghamon Thursday to enter the final of the World Cup 2019. The hosts will now face New Zealand at Lord's on Sunday to battle it out for the coveted title. Chasing a tricky target of 224, England's opening batsmen got their team off to a flying start. When the bowlers were struggling to get the breakthrough, former England captain Michael Vaughan took a dig at Australia and asked them to "try and bowl barefoot". This tweet led to a response from Adam Gilchrist who called Vaughan an "Idiot".

The Aussies should try bowling in Barefoot !!!! #CWC19

Vaughan then replied to Gilrchrist's tweet with a graphic image. Gilchrist was quick to respond as he asked Vaughan to be available to open on Sunday as Jason Roy might missthe final.Jason Roy might face a disciplinary action after he expressed his displeasure to on-field umpire's call.

During the match, when Roy was batting on 85, he missed a pull shot off Pat Cummins and the Australian fielders appealed for a catch behind the wicket. On-field umpire Kumar Dharmasena took his time and eventually gave the decision in favour of the bowling side.

However, later in the day, ICC released an official statement citing that Jason Roy has been fined 30 per cent of his match fee along with two demerit points. He will be available for England at Lord's on Sunday.

England Cricket Team World Cup 2019 Australia vs England, 2nd Semi Final Cricket
Get the latest updates on ICC T20 Worldcup 2022, check out the Schedule and Live Score. Like us on Facebook or follow us on Twitter for more sports updates. You can also download the NDTV Cricket app for Android or iOS.