Pakistan hold a distinct edge when it comes to One-day International stats, but India have largely been on the ascendancy over the past few years. 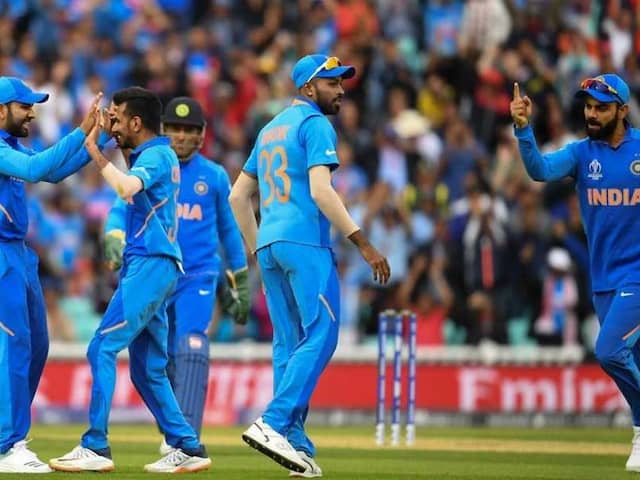 India have been much more competitive in the later days and the contest has become that much keen.© AFP

India and Pakistan share an intense history of cricket in all formats. Their One-day International history dates back to 1978 and the two sides have played some historic matches. It has not always been pleasant as tempers have often flared, with several stars on both sides being in the thick of things. Face-off between Javed Miandad and Kiran More, Venkatesh Prasad and Aamir Sohail and several others are folklore of cricket between India and Pakistan. But most of the hostility is left on the ground, as players from both sides have stressed time and again. But that doesn't take away from the fact that the rivalry has not lost its edge, even after decades of playing each other.

In sheer numbers, Pakistan enjoy a definite edge over India when it comes to One-day International cricket.

As can be seen, Pakistan have quite a healthy lead over India, especially through several series played in Sharjah in the 1970s and 80s.

India however have been much more competitive in the later days and the contest has become that much keen.

As the two sides set themselves up to meet at Old Trafford in Manchester on Sunday for their World Cup 2019 league encounter, fans in England and all over the world wait with bated breath.

Pakistan Cricket Team World Cup 2019 Cricket India vs Pakistan, Match 22
Get the latest Cricket news, check out the India cricket schedule, Cricket live score . Like us on Facebook or follow us on Twitter for more sports updates. You can also download the NDTV Cricket app for Android or iOS.