KL Rahul suddenly finds himself thrown into the role of opener after Shikhar Dhawan's injury and will face a severe test against Pakistan. 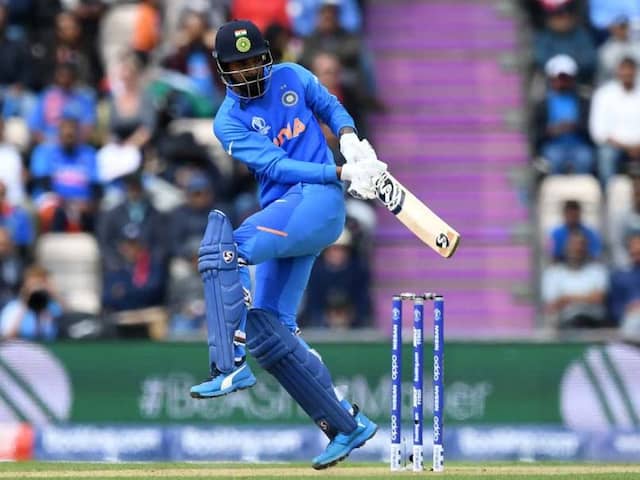 KL Rahul will open the batting for India against Pakistan in absence of injured Shikhar Dhawan.© AFP

When India's batting order was decided ahead of World Cup 2019, the big question always was who will bat at No. 4. With Rohit Sharma and Shikhar Dhawan manning the opening slots and Virat Kohli an automatic choice at No. 3, it was finally KL Rahul who was slotted at the fourth position. It is a different matter that he managed to get only one inning at that slot, with Hardik Pandya and MS Dhoni preceding him against Australia, now he will have a new concern as he comes in as opener in place of the injured Dhawan. On top of that, with the New Zealand match being washed out, Rahul will go in against Pakistan with nothing in terms of match practice at that position.

Nevertheless, Rahul has the technique which can make him a good opener, though he will be sorely tested by the Pakistani fast bowlers, especially the left-armers, when the two sides meet at Manchester, on Sunday.

KL Rahul made his One-day International (ODI) debut against Zimbabwe at Harare in June, 2016 and started with a bang, scoring an even unbeaten 100.