Yuzvendra Chahal and Mohammad Hafeez are yet to face each other in One-day Internationals and what better stage than in the World Cup 2019. 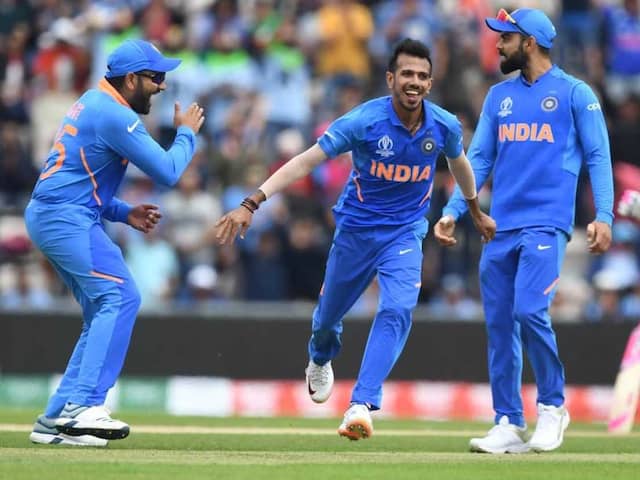 Yuzvendra Chahal has been the architect of India's recent dominance.© AFP

India are all set to take on Pakistan in the highly-anticipated World Cup 2019 clash between the two cricketing giants. Apart from the big clash between Indian skipper Virat Kohli and Pakistan's strike bowler Mohammad Amir, another contest that could be the deciding factor of this encounter is the match-up between Yuzvendra Chahal and Mohammad Hafeez. Yuzvendra Chahal has been the architect of India's recent dominance in the limited-overs format. The leg-spinner has been Virat Kohli's go-to man with the ball in the middle overs.

Chahal will be crucial for India when they take on their arch-rivals Pakistan on Sunday in Manchester. Chahal has picked up six wickets so far in the ongoing World Cup 2019 in just two matches and he will look to continue his good run with the ball in the upcoming matches.

Chahal made his India debut back in 2016 against Zimbabwe and in his short career, the 28-year-old has taken 78 wickets at an economy rate of less than 5.

Like Chahal, Hafeez also made his debut against Zimbabwe back in 2003. The 38-year-old has come a long way since then. Hafeez has featured in 213 One-day International (ODI) matches for Pakistan where he has scored 6507 runs at an impressive average of 33.19.

Hafeez and Chahal are yet to play against each other. Since Chahal has made his debut, he has played two matches against Pakistan where Hafeez was not included in the playing XI.

It will be an interesting battle when Pakistan's best batsman in the tournament will battle it out against India's leading wicket taker in the World Cup.