When it comes to the ICC World Cup, India have complete domination over Pakistan, irrespective of the rivalry. 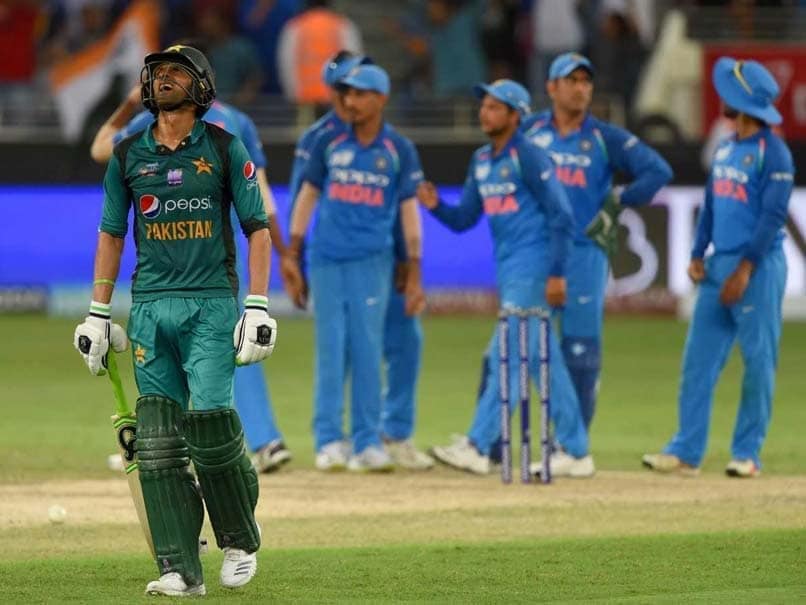 There has been no joy for Pakistan versus India in World Cup cricket.© AFP

India and Pakistan's cricketing history has been of intense rivalry, with almost all their matches being played with an intensity which probably matches the most emotional sporting rivalry anywhere in the world. The two sides have had their share of joy and disappointment, but when in come to the ICC World Cup, Pakistan's disappointment has been manifold, since they are yet to register a win over arch-rivals India on this platform. India, on the other hand have handled the intense pressure with much more poise and the results are there for all to see.

As is evident, there has been no joy for Pakistan versus India in World Cup cricket. They would be desperate to notch up a win when the two sides meet at Manchester on Sunday.

India on the other hand would love to keep their winning streak intact and carry full points forward into their next league engagement.

Pakistan, with two losses and a rained-out game, will be desperate for points, irrespective of who the rivals are.

Old Trafford, Manchester
Get the latest updates on IPL 2021, check out the IPL 2021 Schedule and Indian Premier League Live Score . Like us on Facebook or follow us on Twitter for more sports updates. You can also download the NDTV Cricket app for Android or iOS.